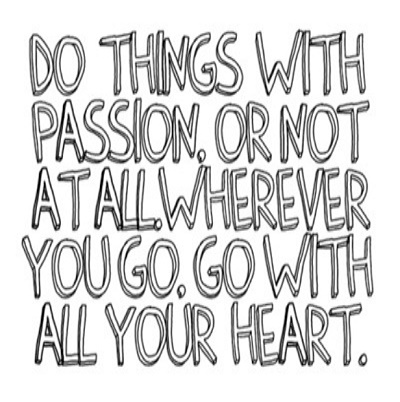 Source: Forbes.com~John Rampton
What does it take to be a successful entrepreneur? Is it being born a prodigy? Is it having a Type-A personality? Is it being an extrovert who spends all their time tinkering around on projects?

While some entrepreneurs have those traits, they rarely define the characteristics that make a majority of entrepreneurs. Not everyone is born with an intellect that will change the world. That student who couldn’t make it through college, like Bill Gates, is more likely to succeed than the lifelong overachiever.

So, if you’re not a born genius or overachiever, what personalities actually make-up entrepreneurs? Here are our five common personality traits that entrepreneurs possess.

For those uninitiated, entrepreneurs are not in it for the money. While there have been some icons who have made more cash than most of us we’ll dream of, think Bill Gates or Steve Jobs, the reality is that most entrepreneurs work an insane amount of hours for little or nothing. Why would they put themselves through this? Because they are driven to either solve a problem or make easier.

How passionate are entrepreneurs? According to research conducted by Tony Tjan and co-authors Richard Harrington and Tsun-Yan Hsieh, 65% of founders have been identified as driven by “heart.” Tjan also added that most entrepreneurs are fueled “by an unshakable sense of purpose.”

Throughout all the trials and tribulations, entrepreneurs reward themselves internally by realizing that they’re on a mission for the greater good. No matter how bad it gets, it’s their passion that motivates them between paydays and during all the times when everyone else tells them to quit.

3. Strong Sense of Self

Any entrepreneur will tell that there are numerous problems to overcome. Whether it be not securing enough funding, proving the naysayers wrong or facing the competition head on, it’s not easy being an entrepreneur. And, being passionate and resilient can only go so far. Which is why entrepreneurs also have an extremely strong sense of self.

For example, being self-confident and self-motivated are also key traits for most entrepreneurs. Entrepreneurs don’t think that their idea could be good. They know it’s good. And, they’re going to be motivated enough to illustrate to others that it’s worth the time and money to go forward. While they also understand that they can’t do everything on their own, they realize that they are the only ones to make their idea a reality.

And, just how confident are entrepreneurs? According to a study by the Ewing Marion Kauffman Foundation on behalf of LegalZoom, “91% of entrepreneurs are confident that their businesses will be more profitable in the next 12 months.”

Being able to adapt to changes and challenges is crucial for any business. In fact, most entrepreneurs will inform you that their idea or business plan is drastically different than when it began. An idea may be brilliant, but in reality it isn’t effective. Entrepreneurs are flexible enough to make the adjustments to make that idea feasible. Furthermore, entrepreneurs are prepared and willing to modify their plan when new information arrives and when there are changes in circumstances.

A great example of being flexible would be the recent story behind Hyungsoo Kim and his company Eone, which is short for Everyone. Kim initially develop a wristwatch that featured braille. He quickly discovered that people want to be included and not have attention brought to their disability. So, he trashed the original plan and came up with a watch that would not only be worn by the blind, but even people with sight.

Entrepreneurs see opportunity everywhere. They’re innovators who are always on the lookout to either develop a new idea or improve an existing product or service. And, chances are that’s the main reason why they became an entrepreneur in the first place. At some point in their lives they noticed something that could be better. But, instead of just saying that something could be better wasn’t enough. They actually put a plan in motion. In other words, entrepreneurs have the ability to see the future before it happens.

I always say Entrepreneurs are inspired by things that have never been seen before, things yet to be discovered. You must have the vision that nobody else does. Then the vision to see it through.