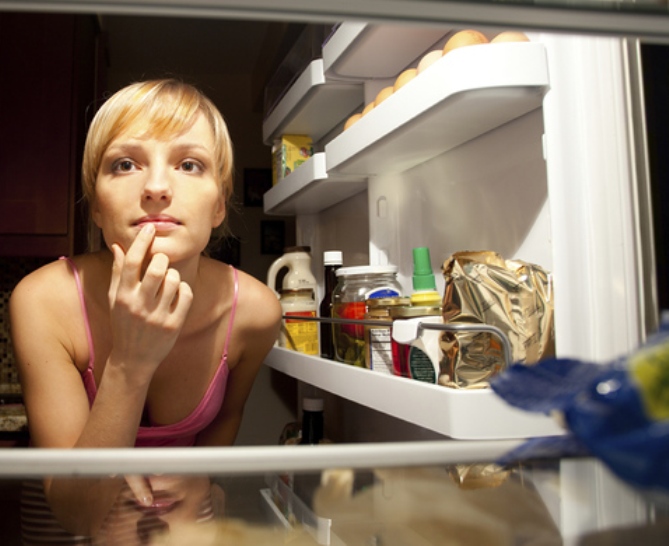 Turns out we could all use a little more shut-eye: Four in 10 Americans don’t get the recommended seven hours of sleep per night. As a result, we’re pretty familiar with the signs that our bodies need more rest: endless yawns, heavy eyes, and sleeping in on the weekends.

But when you go from a few restless nights to more chronic sleep deprivation—where sleep debt accumulates over weeks—you tend to not realize how tired you are, says Joseph Ojile, M.D., medical director at the Clayton Sleep Institute. “With fatigue and sleeplessness, we are by nature impaired,” he says. “So that also means our self-awareness and judgment is off.” Luckily there are some subtle (and slightly bizarre) signs that reveal when we’re truly sleep deprived. Do you find yourself peppering platitudes (“What goes around comes around” or “It is what it is”) into everyday conversation? No, you haven’t switched bodies with an old fogy, you might just be sleepy. Studies have shown that the act of pulling an all-nighter can mimic the levels of impairment we feel when we’re drunk, Ojile says. “When you’re impaired, you rely on crutches, the things you know,” he says. “That could mean clichés or anything that is rote and will allow you to stay in conversation without expending much energy.”

You’re usually a pretty patient person, but now you have the shortest fuse. Little things, like people being late or missing deadlines, rile you up, and that’s totally normal for someone who’s sleep deprived, says Robert Rosenberg, M.D., a sleep medicine specialist and author of Sleep Soundly Every Night, Feel Fantastic Every Day. One study even showed that people who were low on sleep struggled to accurately read facial expressions; they started seeing non-threatening people as threatening. As you can imagine, this would send most people into an emotional tailspin, thinking the world is out to get them.

You just got over one illness, and the next thing you know, another cold has you down for the count. Your body isn’t railing against you (even if you ate a few too many helpings of chili cheese fries last weekend), but your immune system is weaker and struggling to fend off the germs you come into contact with every day. Case in point: One recent study found that people who slept less than five hours per night were four times more likely to catch the common cold than those who slept for six. 4. You have a serious case of the munchies.

Find yourself digging into a pint of ice cream right after you polished off some late-night pizza? Your hunger just can’t be sated—and there’s a perfectly good explanation for that. Studies have found that short sleeps lead to a lowered level of leptin (the hormone that decreases your appetite) and an increased level of ghrelin (the hunger hormone). Talk about a bad combination! Even worse, another study found that participants who slept four-and-a-half hours for four consecutive nights showed increased insulin sensitivity and an elevated risk for diabetes—even though they didn’t change their diet.

5. You can’t seem to make a decision.

Some choices are always hard to make (Netflix or Hulu?), and then there are days when every decision seems like it’s do or die. If you’re low on sleep, you’ll have less blood flow to the pre-frontal cortex, the area of your brain responsible for critical thinking. At the same time, there’s hyperactivity in the amygdala, which is wired for our responses to fear. “This leads to all sorts of problems with executive function,” Rosenberg says. “That includes things like decision making, planning, organizing, and paying attention.”

6. You lose your libido.

“Who wants to be intimate when they’re sleep deprived?” Ojile says. And he’s got a point. For those of us who are low on sleep, the only thing we want to do when we crawl into bed is, well, sleep! Our sex drives seem non-existent. For men, studies have found that sleep deprivation can lower levels of testosterone, which also lowers their interest in being intimate with their partner.

If you wake up in the morning with acne clustered around your chin, don’t think your high school years have come back to haunt you. It’s a perfectly normal reaction to being sleep deprived or overly stressed, says Jennifer Reichel, M.D., a board certified dematologist and advisor to RealSelf. Poor sleep habits can start to make skin less firm and hydrated—in a word: older. We have cortisol to thank for that. The hormone spikes in people who are stressed and sleep deprived, and it can break down skin collagen, which stops it from being its usual smooth self.

Sleep is hugely important to your body. Sure, we all love that well-rested and alert feeling, but there’s plenty of stuff happening behind the scenes too, from repairing damaged skin cells to flushing out toxins that build up in your brain. If you notice one of the aforementioned signs, it’s time to start thinking about your quantity and quality of sleep. Luckily, most of the time, these issues are reversible with a concerted effort to catch more zzzs.