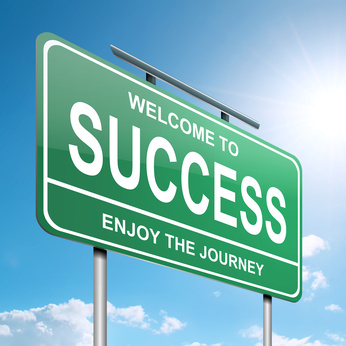 There is a difference between being rich and having wealth.

Wealth is the abundance of something in such surplus that no conditions can destroy it. Making a lot of money is one thing, getting rich another. Creating wealth, well, that’s what very few people ever learn. You have heard the expression “get rich quick,” but you will never hear “get wealthy quick.”

Ever hear the saying, “money never sleeps?” The wealthy take this literally and believe that money must work around the clock to grow. The wealthy respect and pay attention to their money knowing that nothing multiplies without attention. They also know money wants to be loved and acknowledged.

Sound crazy? Show me someone that doesn’t pay attention to their money or is disrespectful of it and I will show you someone lacking money.

The wealthy also avoid mistakes that big income earners and the rich make. Here are some common money mistakes you must avoid to create wealth:

1. Seeking comfort, not freedom. Comfort is the enemy of abundance and the most dangerous element of finances. The entire middle class is built on seeking comfort. The wealthy seek freedom and so much abundance that money is no longer dependent on their efforts. More is the mantra, abundance is the affirmation, comfort isn’t on their menu and freedom is the focus.

2. Diversification. You can never get truly wealthy by diversifying your investments. Wall Street has done a great job of selling the public on this idea of diversifying because it benefits Wall Street.

Mark Cuban says “Diversification is for idiots.” Andrew Carnegie said “put all your eggs in one basket and then watch that basket.”

If you want to create real wealth learn everything you can about a space and go all in.

3. Depending on one income flow. No matter how big your income is, never depend on one flow. I knew an executive who was earning $350,000 a year, the top 1 percent of all incomes. Suddenly the industry she worked in came to halt and her one income flow was shut down. This has happened to many Americans, destroying trillions of dollars of “pretended” wealth.

To create wealth, you must make investments that will create dependable streams of income flows, independent of your main source of income. I use rental income from apartments and partnerships in other companies to throw off passive flows of income. I continue to pay attention to each of these flows to make them stronger. This is not diversification — it’s fortification of wealth.

4. Comparing to others. Seventy-six percent of working Americans are living paycheck to paycheck. Comparing your finances to others will ensure you never create wealth. People often compare their situation to some starving nation in a remote part of the world to justify being “better off.” Another person’s finances, good or bad, will not pay your bills, won’t fund your retirement and will not provide you peace of mind. Don’t compare your finances to someone else’s.

5. Investing in trends. Avoid investing in the latest and greatest technologies that can be displaced by new technological developments.

Don’t get on the roller coaster. Take the longer, slower ride that guarantees arrival.

6. Trusting without proof. The single biggest mistake of my financial life was naïvely trusting a group of people because I liked them and it felt right. I neglected to get proof that they were actually as they presented. Instead I went with my feelings and was deceived. By the time I figured out something was wrong, I was out millions.

Disregard your feelings when it comes to people and always look for solid evidence. If you are so close to people that you are not willing to ask them to provide evidence, make it a policy not to do business with them.

7. Saving to save. It is impossible to create real wealth just by saving money. The banks only pays .25 percent, so it will take you 40 years to grow your money 10 percent if rates stay where they are. More importantly, money that sits around idle always seems to find an emergency to fund.

Dave Ramsey suggests you not carry cash or credit cards because when either is available — you’ll create a reason to use it.

To guarantee my wealth, since the age of 25, I moved surplus money into future investments accounts that I could not easily access, so that money was available for investments when I finally had the knowledge and courage to do so. This kept me broke and having to hustle constantly.

8. Pretender spender. On the other end of the spectrum is the pretender spender. They try to impress others with how they spend money. It’s not their money, it is always someone else’s. Sports cars, expensive clothes, designer bags, shoes, V.I.P. tables — the list is endless.

The wealthy are not trying to impress anyone, they are seeking freedom.

When the wealthy hit affluence and abundance, they start throwing money around on ridiculous things — cars, boats, planes, vacation homes. By then, it no longer matters that the things are poor investments. The very wealthy may appear to be flaunting their money with extravagances, but in reality they are not. The money they are spending is miniscule compared to the abundance they’ve created.

Sounds good doesn’t it? So what will it be for you: middle class, rich or wealthy?

You know money won’t make you happy and just getting by won’t either. There is a price to be paid for whatever choice you make. Wealth provides you with options and the person that has options has freedom.