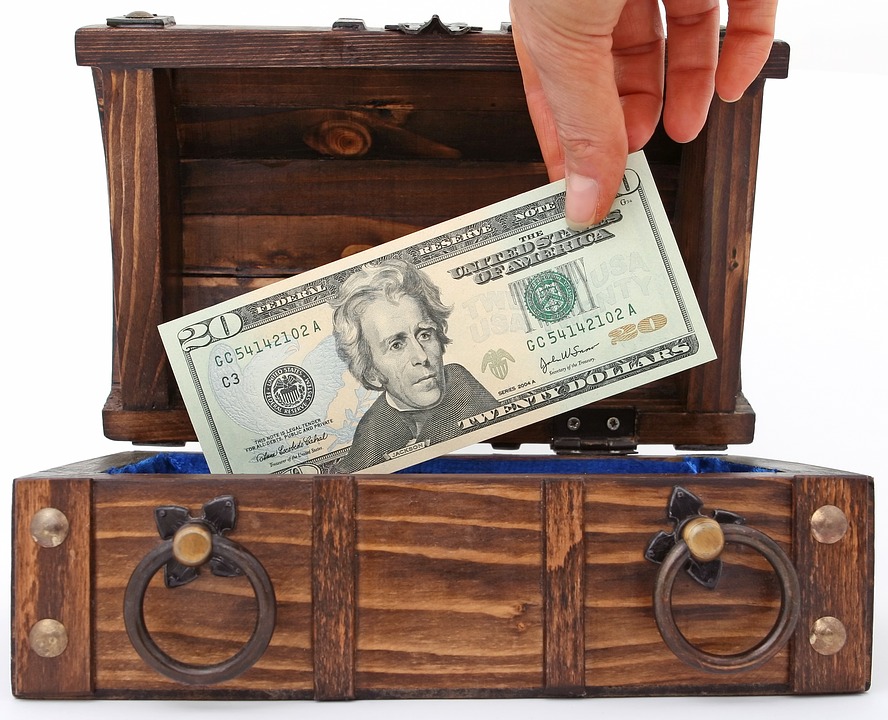 Becoming rich has more to do with restraint and tenacity than it does brilliance or luck.

Millionaire. It’s a title that plenty of us would love to have. But, is that actually feasible?

Believe it or not, becoming a millionaire is a goal that can be achieved this year. In my life, I have been a millionaire several times. Most of the time before my 30s I gambled it away on cars, homes and living a life I had no reason to be living.

Despite blowing millions, the process to becoming a millionaire has been consistent over the years. If you follow these eight priceless pieces of advice, I can guarantee you that eventually you will become a millionaire. Here’s to making this happen this year!

One of the main reasons why someone can never become a millionaire is because they haven’t written a financial plan. Developing a financial plan forces you to take action, instead of just talk. It also guides you in making the right decisions in order to achieve all of your dreams and goals.

“The basic point I want to stress about these two inputs is that they are absolutely fundamental to all financial planning regardless of how large either of them is,” he says.

“In my experience, the biggest difference between those on the right path vs. those on the wrong path was the amount of time and effort they put into devising a plan for their finances.” When you take the time to create a plan and see it through, “is the one thing all financially successful people have in common.” Hedgcock also says that “the success experienced by those who do this occurs regardless of their relative wealth. Likewise, the failure of those who do not follow a plan is unrelated to their wealth.”

When creating a financial plan, consider the following:

2. Focus on increasing your income.

“In today’s economic environment you cannot save your way to millionaire status,” writes Grant Cardone, who went from being broke and in debt at the age of 21 to becoming a self-made millionaire by 30. “The first step is to focus on increasing your income in increments and repeating that.

“My income was $3,000 a month and nine years later it was $20,000 a month. Start following the money, and it will force you to control revenue and see opportunities.”

“The best way I know to become a millionaire is to put the power of compound interest on your side. By giving your money more time to compound and keeping your rate of return as high as possible, you greatly increase your chances of reaching a seven-figure net worth,” writes Brian Feroldi on The Motley Fool.

“Of course, earning a high return on your nest egg is easier said than done, as many factors to create that return are outside of your control. However, all investors do have control over two huge factors that can put a serious drag on long-term returns: investment costs and taxes. If you want to become a millionaire, focus on keeping both as low as possible.”

Feroldi goes on to write that if you have “a 401(k) or 403(b) through work, then any money you contribute to the account can grow tax-deferred, allowing your money to compound more quickly.” He also suggests opening up a traditional or Roth IRA, because they “keep Uncle Sam away from your money, either now or later.”

You should use a broker or brokerage firm “that charges very little per trade — and not to trade too frequently.”

“If you want to become a millionaire, you need all the help you can get,” he says. “Making sure your investment fees and tax bill are as low as possible will go a long way toward helping you achieve your goal.”

4. Increase your streams of income.

After studying millionaires for five years, author Thomas Corley discovered that 65 percent of self-made millionaires had three streams, 45 percent had four streams, and 29 percent had five or more streams. This could include starting a side-business, working part-time, investments, and renting everything from your home to your car to household items.

If you want to become a millionaire, then you absolutely need to get into the habit of saving by contributing to your 401(k), Roth or traditional IRA, and an emergency fund that’s been placed in a money market. However, the way to make this is by automating your savings. This will automatically withdraw a percentage of your salary and place it into your contributions without you ever seeing it. It’s suggested that you should put 10 percent towards investments and 5 percent towards savings.

6. Upgrade your skills and knowledge.

“Read at least 30 minutes a day, listen to relevant podcasts while driving and seek out mentors vigorously,” writes Tucker Hughes, who became a millionaire at just the age of 22. “You don’t just need to be a master in your field, you need to be a well-rounded genius capable of talking about any subject whether it is financial, political or sports-related. Consume knowledge like air and put your pursuit of learning above all else.”

7. Live below your means and lay-off the credit.

It’s widely known that the wealthiest people in the world are frugal. They don’t spend excessively on designer and luxury items. They use coupons. And, they’re known for living below their means by purchasing modest homes and vehicles.

They’re also known for keeping their debt under control by using credit sparingly. Take a cue from T. Boone Pickens, who only carries around as much cash as he needs for what he intends to buy.

“In most cases, your net worth mirrors the level of your closest friends,” writes Steve Siebold for Business Insider. This isn’t exactly a new philosophy. It’s been around ever since Andrew Carnegie embraced the Master Mind principle.

“Exposure to people who are more successful than you are has the potential to expand your thinking and catapult your income,” says Siebold. “We become like the people we associate with, and that’s why winners are attracted to winners.”

“The reality is,” he says, “millionaires think differently from the middle class about money, and there’s much to be gained by being in their presence.”