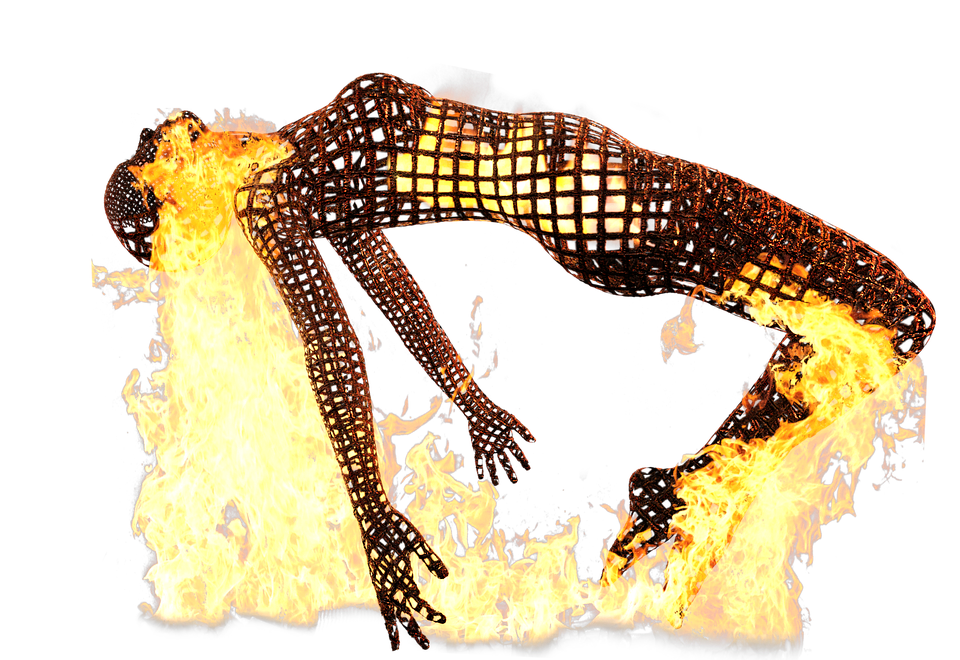 When something harmful or irritating affects a part of our body, there is a biological response to try to remove it. The signs and symptoms of inflammation can be uncomfortable but are a show that the body is trying to heal itself.

Inflammation is part of the body’s immune response.

It can be beneficial when, for example, your knee sustains a blow and tissues need care and protection. However, sometimes, inflammation can persist longer than necessary, causing more harm than benefit.

Our immediate reaction to a swelling is to try and decrease it. However, it is important to remember that inflammation is an essential part of the healing process.

The first stage of inflammation is often called irritation, which then becomes inflammation. Inflammation is followed by the discharging of pus. The granulation stage comes next, and new tissue is formed in the wound.

Without inflammation, infections and wounds would never heal.

When a person is born, certain defenses in the immune system are naturally present in the body. This is known as innate immunity.

It is different from adaptive immunity, which we develop after an infection or vaccination when the body “learns” to fight a specific infectious agent.

Innate immunity is generally nonspecific, while adaptive immunity is specific to a particular pathogen. Inflammation is one example of an innate immune response.

Symptoms of inflammation vary depending on whether the reaction is acute or chronic.

The effects of acute inflammation can be summed up by the acronym PRISH. They include:

These five acute inflammation signs only apply to inflammations of the skin. If inflammation occurs deep inside the body, such as in an internal organ, only some of the signs may be noticeable.

For example, some internal organs may not have sensory nerve endings nearby, so there will be no pain, such as in certain types of lung inflammation.

Symptoms of chronic inflammation present in a different way. These can include:

Inflammation is caused by a number of physical reactions triggered by the immune system in response to a physical injury or an infection.

Three main processes occur before and during acute inflammation:

A person will notice inflammation symptoms after these steps take place.

An acute inflammation is one that starts rapidly and becomes severe in a short space of time. Signs and symptoms are normally only present for a few days but may persist for a few weeks in some cases.

Examples of diseases, conditions, and situations that can result in acute inflammation include:

These are the two types of inflammation that differ in how quickly symptoms escalate and how long they last.

The following table shows the key differences between acute and chronic inflammation:

What is chronic inflammation?

This refers to long-term inflammation and can last for several months and even years. It can result from:

Examples of diseases and conditions that include chronic inflammation:

Although damaged tissue cannot heal without inflammation, chronic inflammation can eventually cause several diseases and conditions including some cancers, rheumatoid arthritis, atherosclerosis, periodontitis, and hay fever.

Inflammation needs to be well managed.

When people have inflammation, it often hurts.

People will feel pain, stiffness, discomfort, distress, and even agony, depending on the severity of the inflammation. The type of pain varies. It can be described as constant and steady, throbbing and pulsating, stabbing, or pinching.

Inflammation primarily causes pain because the swelling pushes against the sensitive nerve endings. This sends pain signals to the brain.

Other biochemical processes also occur during inflammation. They affect how nerves behave, and this can enhance pain.

Non-steroidal anti-inflammatory drugs (NSAIDs) can be taken to alleviate the pain caused by inflammation.

They counteract an enzyme that contributes to inflammation. This either prevents or reduces pain.

Examples of NSAIDs include naproxen, ibuprofen, and aspirin, which are available to purchase online.

Avoid the long-term use of NSAIDs unless advised by a doctor. They increase a person’s risk of stomach ulcers, which can result in severe, life-threatening bleeding.

NSAIDs may also worsen asthma symptoms, cause kidney damage, and increase the risk of having a stroke or heart attack.

Acetaminophen, such as paracetamol or Tylenol, can reduce pain without affecting the inflammation. They may be ideal for those wishing to treat just the pain while allowing the healing factor of the inflammation to run its course.

Corticosteroids, such as cortisol, are a class of steroid hormones that prevent a number of mechanisms involved in inflammation.

There are two sets of corticosteroids:

Glucocorticoids: These are prescribed for a range of conditions, including:

Creams and ointments may be prescribed for inflammation of the skin, eyes, lungs, bowels, and nose.

Mineralocorticoids: These are used to treat cerebral salt wasting, and to replace important hormones for patients with adrenal insufficiency.

The side effects of corticosteroids are more likely if taken by mouth. Taking them with inhalers or injections can reduce the risk.

Inhaled medications, such as those used long-term to treat asthma, raise the risk of developing oral thrush. Rinsing the mouth out with water after each use can help prevent oral thrush.

Glucocorticoids can also cause Cushing’s syndrome, while mineralocorticoids can cause high blood pressure, low blood potassium levels, connective tissue weakness, and problems with the levels of acids and alkalis in body tissue.

Discuss any possible use of herbal supplements with a doctor.

Harpagophytum procumbens: Also known as devil’s claw, wood spider, or grapple plant, this herb comes from South Africa and is related to sesame plants. Some research has shown it may have anti-inflammatory properties. Various brands are available to purchase online.

Hyssop: This is mixed with other herbs, such as licorice, for the treatment of some lung conditions, including inflammation. The essential oils of hyssop can lead to life-threatening convulsions in laboratory animals. Caution is advised.

Ginger: This has been used for hundreds of years to treat dyspepsia, constipation, colic, and other gastrointestinal problems, as well as rheumatoid arthritis pain. Ginger may be purchased online in supplement form.

Turmeric: Current research is looking into the possible beneficial effects of turmeric in treating arthritis, Alzheimer’s disease, and some other inflammatory conditions. Curcumin, a substance found in turmeric, is being invested for the treatment of several illnesses and disorders, including inflammation. Supplements with turmeric and curcumin are available.

Cannabis: This contains a cannabinoid called cannabichromene, which has been shown to have anti-inflammatory properties. However, cannabis is not legal in many places.

There are several foods that can have been shown to help reduce the risk of inflammation, including:

While these dietary solutions do not alone hold the key to controlling inflammation, they can help prime the immune system to react in a measured way.