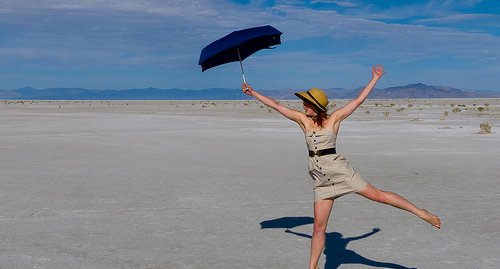 [sg_popup id=1]
Ladies, let’s get the bad news out of the way first. Venture capitalists still don’t “get it,” and invest a disproportionate amount of money in businesses run by all-male teams. Loans to women entrepreneurs can cost us more than those to men. (I know, right?) This is despite the well-documented finding that start-ups with women at the top, along with men, perform better – in fact, much better – than men-only.

I made the switch from corporate executive to first-time entrepreneur a few years ago. Here’s what I found was helpful in making the transition…and what women entrepreneurs are doing to overcome the gender funding gap:

*I’m seeing again and again that a key differentiator for entrepreneurs is their network, and how effectively they engage it. This is true in getting funding (I first went to people I had worked with in the past); it’s true in finding your first users; it’s true in finding the right people to hire; and it’s true in activating excitement about your business.

And in doing this, there’s no substitute for elbow grease. In hiring, for example, I engaged my network, but it wasn’t always as easy as simply hiring someone who had worked for me in the past. My network had to work harder for me than that. That’s because at a certain level of seniority in corporate America, people move from being “doers” to “managers,“ and start-ups need to tilt strongly towards “doers.” Going back to “doing” can be a bridge too far for some “managers.”

A vibrant, engaged network is an entrepreneur’s secret weapon.

*I had to learn how to ask for money from friends and former colleagues. Ugh, right? Well, the big mindset change on this came from my co-founder. I had been thinking of the ask as a “favor” people were doing for me. His take: do we believe in what we are doing? (Answer is yes.) Do we believe it can be a successful and profitable business? (Again, yes.) Do we believe it can be a “home run.” (Hell yes.) Well, then weare doing a favor for them by offering them the opportunity, not the other way around. (I had to repeat this to myself…again and again….to get it to stick.)

*Get over the fear of failure. The research is clear that we females take failure harder than men do. Maybe it’s because, as Reshma Saujani noted in her Ted talk, girls are taught to be perfect, while boy are taught to be brave. But entrepreneurialism is all about repeated trial and error and failure. So we just have to find a way to let this go. (One way? Recognizing that very few people, besides yourself, really care. Believe me on this one.)

*Don’t forget that the “least expensive” form of capital is revenue. One of the reasons that businesses with women in leadership are more successful than men-only is because they don’t fail as often. And that’s in part because their path to revenue tends to be shorter.

Revenue reduces your risk in several ways. It proves out your business model in real time (ie, will someone actually pay real money for what you are selling?). Profitable revenue puts money in the bank, which you can then spend on growing your business. And – the great news – you don’t have to dilute your ownership in order to access this money.

*Play on the playgrounds on which being a woman is an advantage. This includes registering as a woman-owned business, which can give you a leg up in winning some types of business.  Also, work to access women-focused funding sources, such as angel investing groups like Broadway Angels and Astia, or seed funds like BBG Ventures, or organizations that provide both support and funding, like the Tory Burch Foundation. There are more and more of these types of organizations these days. (Check out Mind the Gap – and Close It: The Ellevest Guide to Dominating Your Financial Future for more resources for closing the gender funding gap…and other gender money gaps.)

This is not to say that accessing these sources is easy by any means; they are competitive. But the playing field is at least tilted towards us women there, as opposed to away from us.

*Passion. This may sound pretty obvious, but I’ve seen again and again that passion for an idea is the key to success. I didn’t make the leap to being an entrepreneur until I found an idea I just couldn’t stop thinking about.

For me, it is the intersection of women and money, because of the positive impact that women having more money can have on them, their families and on society. That led me to found Ellevest, an digital investment platform for women. I circled around a number of other ideas, most notably a marketplace in which women could work from their homes part-time on an as-needed basis for companies. I liked that idea, but I didn’t LOVE it. And so I decided I wouldn’t bring the edge that I needed to activate my network, raise money from my friends, and work the hours that were required without it.