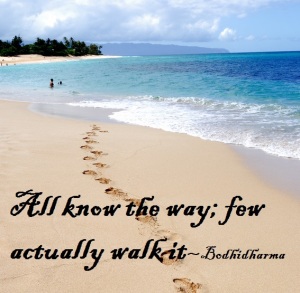 There are two things we have always heard about success – TIMING of something and ACTION you must take action.

Tact and figures are absolutely needed to assess and business intelligence however the key to “tipping” the oddes in your favor is timing and action.

I BELIEVE you Make the TIME – to assess things that are introduced in your path and you
take ACTION one way or another . . . either to CANNON BALL in or GET OUT!

This has always taken my life forward and yes lots of things that I said no to – maybe would have been right – YET I did not BELIEVE it would so the action to walk away was the right decision.

ACTION is really effective in getting you to make that decision work or simply make a new decision. What happens to often is that lack of action – no belief and thereby you remain static or stagnant

This months news letler is intended to provide you business intellect – your SUCCESS relies on YOU and your timing and action. I wish for you so much continued success and appreciate you allowing me in to your life!

Debunking Entrepreneurial Myths: I Should Wait for the Economy to Improve

The recession officially ended in June of 2009, at least according to the National Bureau of Economic Research. But as entrepreneurs and business owners, we know that the economy sure doesn’t feel like its roaring on all cylinders. There aren’t many businesses that have been shielded from the economic downturn and it can create a lot of anxiety for would-be entrepreneurs.

Something I’ve been hearing a lot from entrepreneurs and business owners is that they want to wait for the economy to pick up before they start a new business. This is an understandable concern but I want to assure you that it’s a myth. When economies turn downward, it actually opens up opportunities. Sometimes recessions claim businesses because they are bloated or have lost focus on their core competencies. This means that a lean and aggressive startup can often fare better when times are hard. The disruption that occurs during the downturn and ensuing rebound often favor startups as well because they can be more nimble.

As we head into 2014, the economy may be in recovery, but that hasn’t made finding a job any easier for millions of unemployed Americans. Barry James, president of James Investment Research, weighs in on the current state of the job market.

Get your engines ready: Americans are spending again, and that’s a good sign for the economy.

Purchases of durable goods such as furniture and cell phones increased almost 2% in August over the prior month. That’s a healthy uptick after mere gains of 0.1% in July, according to data released today by the Bureau of Economic Analysis, a branch of the Commerce Department.

So what drove the “August rush” in spending? The biggest factor was auto sales — everything from cars to parts — which accounted for half the gains.

People typically don’t make large purchases like cars unless they feel confident in the economy and their personal finances.

“How a Real Estate guy in Foreclosure Sponsored 28 People in 21 Days at a Minimum $500 Buy-In, and Today Regularly EnjoysMultiple $5-Figure Months in Residual Income Thanks to this #1 Skill-Set You Can Master Starting Today…”

Uncover His Best-Kept Sponsoring Secrets That Can Make You a Fortune!

Health spending, which slowed last year to growth of  3.6 percent, will roar to 6 percent growth annually for the next decade thanks to the ability of more Americans to buy medical services from an improving economy and the Affordable Care Act.

A new report from actuaries of the Centers for Medicare and Medicaid Services says the population of aging baby boomers will continue to drive future increases in health spending, but additional factors such as “faster economic growth” that triggers more spending on elective procedure will also come into play.

Warren Buffett Tells You How to Turn $40 Into $10 Million

A few years ago, Berkshire Hathaway CEO and Chairman Warren Buffett spoke about one of his favorite companies, Coca-Cola, and how after dividends, stock splits, and patient reinvestment, someone who bought just $40 worth of the company’s stock when it went public in 1919 would now have more than $5 million.

Yet in April 2012, when the board of directors proposed a stock split of the beloved soft-drink manufacturer, that figure was updated and the company noted that original $40 would now be worth $9.8 million. A little back-of-the-envelope math of the total return of Coke since May 2012 would mean that $9.8 million is now worth about $10.8 million.

The power of patience

I know that $40 in 1919 is very different from $40 today. However, even after factoring for inflation, it turns out to be $540 in today’s money. Put differently, would you rather have an Xbox One, or almost $11 million?