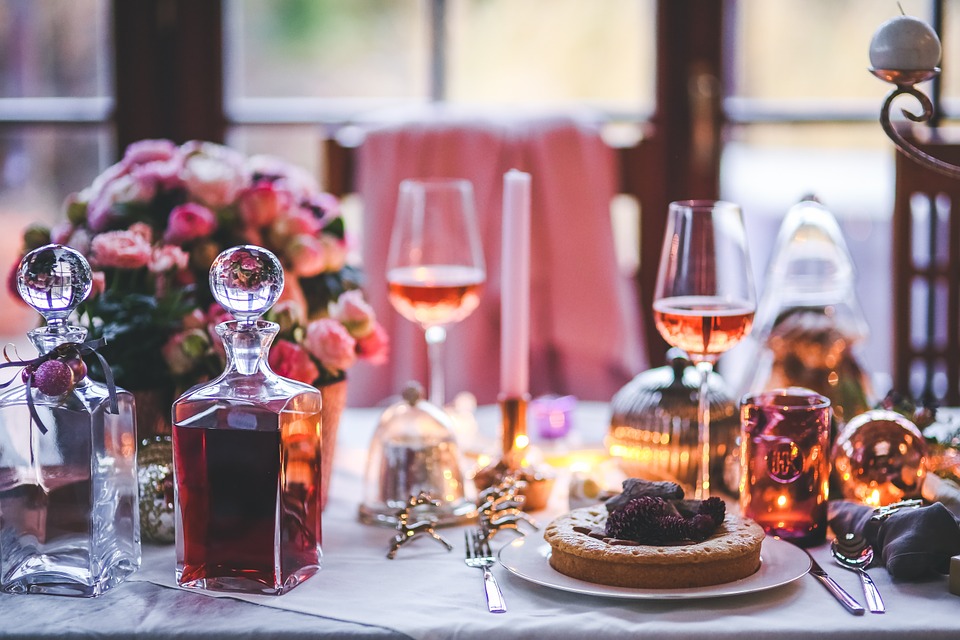 I’ve been a fast eater for as long as I can remember. It doesn’t matter if it’s a quick snack or a sit-down dinner, I devour food ravenously and swiftly.

I don’t know where I picked up this habit, because my grandpa followed Emily Post’s etiquette rules for dining and tried to instill those practices in his grandchildren. He thoughtfully chewed each bite exactly 32 times. Sometimes he cleaned his plate, sometimes he didn’t, but he always took his time. To him, dinner wasn’t just a meal, it was an experience.

My grandpa’s behavior was similar to mindful eating, a practice that focuses on enjoying your meal and listening to your body’s hunger and fullness cues. It’s designed to make food a pleasurable event rather than simple nourishment that you scarf down between emails.

The method is often considered a dieting strategy, but it isn’t marketed that way or designed to be one. A simple internet search will yield tons of results saying that the practice helped people lose weight and develop a better relationship with food.

Perhaps the most appealing part about mindful eating is that you can consume whatever you want ― in fact, that’s the whole point. It’s all about listening to your body’s response to your meal ― whatever that may be ― as well as your psychological response, according to Marsha Hudnall, a registered dietitian and president of The Center for Mindful Eating.

“Mindful eating is really just being intentionally present,” Hudnall told HuffPost. “You’re paying attention to what you’re doing, and your thoughts and feelings around what you’re eating.”

The end benefit is a more conscious, pleasurable approach to eating, said Hudnall, who also helps run a weight loss program in Vermont that uses mindful eating principles. In turn, that may lead to more healthful decisions when it comes to food and your feelings about it. That’s important for consumption habits, Hudnall says, especially in a fad-diet culture where eating disorders and obesity are on the rise.

“If you get in touch with your body and support it, which is what mindfulness helps you do, then you become aware of what’s right for you as far as eating and what isn’t,” Hudnall said.

How to practice mindful eating

I wanted to give the technique a try over the holidays, starting with Thanksgiving. But I am powerless before stuffing, and I soon realized I was eating as rapidly as I always do. I didn’t pay attention to when I was full, which meant eating a ton of sides and pie.

I asked Hudnall how I can improve my practice ― and how you can start doing it, too. Below are a few simple tips:

Make your meal a enjoyable experience.

Food is just as much part of your emotional life as it is a source of nutrients, Hudnall said. Savoring your food taps into that aspect of eating ― and it helps you slow down in the process.

“Mindful eating really has you enjoy the flavor, the texture and the different aspects of food we find pleasing,” she explained. That means chewing slowly and mentally acknowledging that process, she added.

Take all judgment out of food.

“Mindful eating is also about removing the judgment,” she said. “It’s about not having any preconceived notions about whether something is ‘good’ or ‘bad.’”

Pay attention to how your body feels.

“So many people get caught up in their busy lives and really ignore the body’s cues for hunger and fullness,” Hudnall said. “Then that puts them into extremes, making poor choices.”

Pay attention to how you really, truly feel during your meal. And if that means eating lunch, stopping because your body feels like you should, then realizing you want more food an hour later, so be it, Hudnall says.

Eat whatever you want ― and be OK with that.

Mindful eating encourages you to drink the eggnog or have the holiday cookie without punishing yourself. It sounds counterintuitive, but it’ll actually lead to better choices, Hudnall said.

“When you let yourself have it without guilt and worry, you can find that stopping point that’s well before you start to feel ill. [It will be] when you feel satisfied.”

Don’t shame yourself if you mess up.

I didn’t regret my Thanksgiving indulgences (if you tasted our family’s stuffing recipe, you’d understand why). However, I was feeling a bit guilty that I didn’t “control” myself ― but Hudnall says that’s part of the process.

“If you do indulge too much, you don’t beat yourself up about it. You learn from it,” Hudnall said. “You’re consciously observing at all times, so you can make better future decisions.”

Sounds a lot better than a juice cleanse, no?