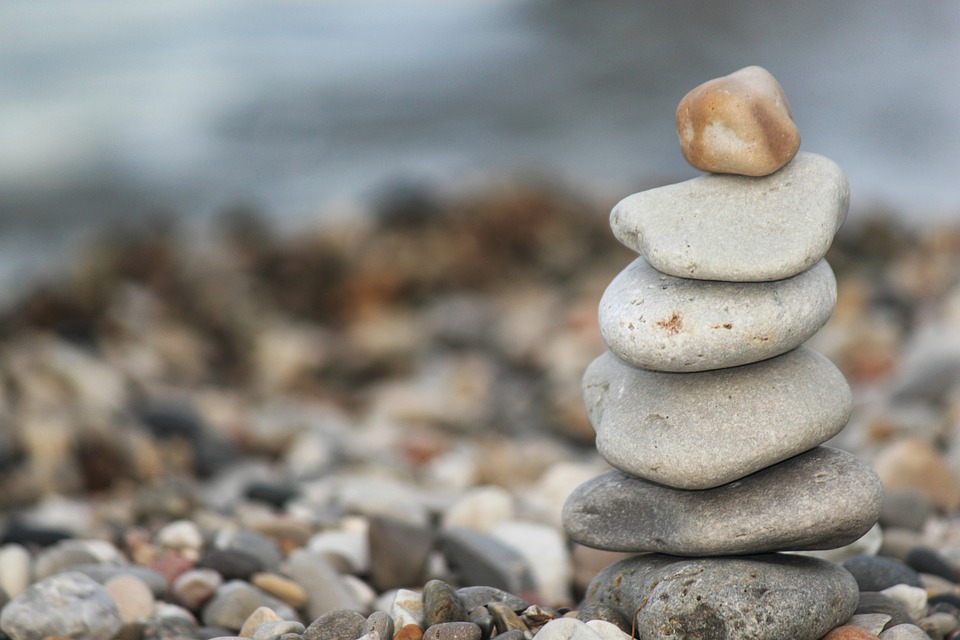 My palms were clammy, and my heart was pumping blood to my face so quickly that I was sure my cheeks were already beet red. It was a moment I’d been dreading — putting in my two weeks’ notice. I knew it would come as a shock, mostly because I really did love my job and the people I worked with. But deep down, the desire for freedom — to steer my own ship — won out. I knew that as long as that itch was there, I’d never be able to ignore it. I’d be living a lie.

Up until that point, the most surprising thing to me was that when I told close, trusted friends that I was going to quit my job, the response wasn’t “Are you crazy!?” like I was expecting. Instead, they said, “I wish I had the courage to do that.”

I’ll be honest. This wasn’t the first job I’ve left, but it was the best job I left.

It has always fascinated me how people resign themselves to clocking in and out every day. They waste time and energy convincing themselves that they need the job to survive, and it becomes a self-fulfilling prophecy. Expenses inflate, and all of a sudden they’re trapped in a cycle they can’t break.

Don’t let that happen to you. There are some key things you can do to make sure your transition to self-employment, when you decide to make it, is as seamless as possible. This will probably be the toughest part, but if you can overcome these first five steps, you’ll have the heavy lifting behind you.

Easier said than done, but this is what your self-employment success will hinge on. Lower expenses mean greater flexibility. Keep the business of YOU lean, and reduce your overhead costs as much as possible. This means having a roommate (or two), not giving in to your shopping habit, and watching every discretionary expense. For some, this might be too much, and I’m not saying you can’t have little splurges every now and then. But if you are reliant on your full paycheck to fuel your lifestyle, you will never get your freedom.

Trust me, decisions are so much easier when you have a stash of cash handy. Personally, I have about 3-6 months’ worth of expenses, which is lean for some, but as a single person with no dependents and a steady stream of rental/dividend income, it’s plenty. I typically reinvest most of my rental/dividend income, but I know that if I have higher than average expenses one month, I could just re-divert those dividends for a month to knock out the unexpected expense and be ok. I’ve never had to do this though — it’s definitely for a true emergency, which happens rarely.

I left my job mainly because I had so much going on outside of work that I felt the job was getting in my way. That is the “problem” you want to have, but it’s not going to happen unless you build up other potential streams of income. I’ve invested in rental properties, built up a real estate brokerage business, done freelance writing/social media work, run my own personal finance blog, and flipped textbooks — and I’m still getting pitched different job opportunities without me even asking.

Key to this is always hustling and being open to what comes your way. Just like with money, your hustle will have a compound effect over time. When I officially left my job, I had three more people approach me about working with them. It truly is a snowball, and every skill you add makes the snowball even bigger.

Remember that you’re not alone.

Don’t forget that everyone, at one point or another, has been where you are. Some of themwish to be where you are. You probably expect people to tell you that you’re crazy, like I expected. That’s natural, but you’ll be pleasantly surprised at how many will actually look up to you. Some may even follow in your footsteps and pull the trigger as well! In the end, you have to live for you, but remember that you’re not alone, even when it seems like you are in certain isolated moments.

This is not forever!

I’ll admit I fall victim to black-and-white thinking all the time, too. Just because you are leaving your job doesn’t mean you will never be able to get another one! If trying the whole entrepreneur thing for a while tells you that it’s not the right fit, you can always go back to traditional employment. Being an entrepreneur is NOT for everyone, so don’t feel guilty if it just isn’t right for you.

So, you did it. After rehearsing what you were going to say and summoning up the courage to have that dreaded, painful conversation with your employer, you officially have turned in your two weeks. They’ll go by faster than you think, as you’ll be busy tying up loose ends.

What’s next, you ask?

Here are some tips to ensure your first week as an entrepreneur is a productive one.

Continue with a routine.

When I was working, I would wake up around 6:00 a.m. I’ve found that I would wake up tired and grumpy, regardless of what time I went to bed the previous evening. The important thing here is to pay attention to how your body feels and adjust accordingly. Now I wake up a little later, usually between 7:00 and 8:00. Some entrepreneurs are probably appalled at how late that is! But I have found that by doing just that one thing, I feel better and don’t succumb to the customary afternoon haze.

However, to make sure I was sticking to that timeline, I scheduled appointments my first week at either 8:00 or 9:00 a.m. There’s nothing like a client appointment early in the morning to light a fire under your behind. Whatever you want your routine to be, plan it out and stick to it. Everybody is going to have a different style so what works for me may not work for you.

Have a designated work area.

For me, it’s my kitchen table. I know that if I have my laptop with me at the table, it means business. No doing my work in bed or on the sofa because it’s just that more tempting to procrastinate and turn Netflix on.

If I find that I really need to pound some work out, I either go to a coffee shop or a local free co-working space. The energy there alone is often enough to pep me up even more and get me in the zone.

This goes beyond your first week (as should all the steps, really), but set up meetings with people ahead of time. Maybe it’s an acquaintance that you’ve been meaning to catch up with but haven’t found the time to. Or perhaps it’s someone new you met at a networking event. You completely control your own schedule now — so fill it!

I can’t highlight this point enough. My network has grown exponentially because I take the time to sit down and get to know people one-on-one; in fact, I prefer it this way! You can really get to know someone, and as an entrepreneur, you can truly never know too many people.

It’s okay to reward yourself with food/coffee.

This may not apply to you (boy, do I feel sad for you if that’s the case), but I love food. I don’t drag my feet on much, but if I find that I need to work on a project that I just don’t really feel all that excited about, I head to Bruegger’s Bagels. Feel free to go wherever you want. In my city, there are a few spots that are a Bruegger’s and Caribou Coffee combined. I know — heaven, right!?

You have to tempt the little kid inside of you sometimes, and that’s totally okay. As soon as I’m on my way to Bruegger’s/Caribou, I find that I look forward to working on whatever it is that I need to work on. It’s like magic!

My previous employer turned me onto a nifty Google Chrome extension called Momentum, which makes opening a new tab a reminder of what your main priority is for the day, along with a pretty picture and a to-do list on the sidebar. And I know you (like me) open a lot of tabs. It allows you to check things off, prioritize and be inspired with a little quote and a picture, all in one minimalist little dashboard.

It doesn’t matter how you do it, but having a list of what you want to accomplish for the week is super helpful. That way, if you find that you have a moment where you’re not working on anything productive, you can re-focus your mind just by referencing your to-do list. Aim to have everything checked off by the end of the week!

Your Future is Bright

Leaving your 9-5 (I’m personally not a big fan of the word “quitting”) is difficult, regardless of the individual circumstances surrounding your decision. Growing up, getting a corporate job was just what was expected. I am so glad that I’ve learned that being entrepreneurial and going my own way is not “weird” — frankly, it’s darn courageous. I hope this article helps you make the leap when you’re ready. This is where the fun really begins!

(If you liked this article, be on the lookout for a follow up from me on how I’m building up my real estate business! Even if you’re not a broker, it should give you some business insights that are applicable to any industry.)