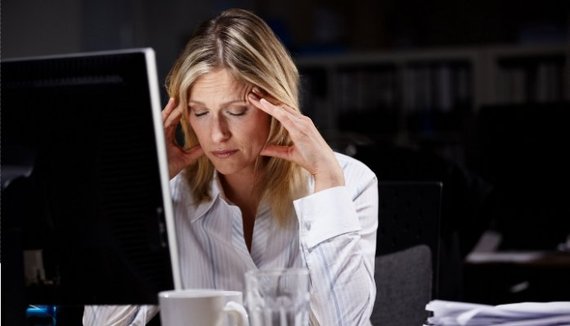 Happiness comes in so many different forms that it can be hard to define. Unhappiness, on the other hand, is easy to identify; you know it when you see it, and you definitely know when it’s taken ahold of you.

Unhappiness is lethal to everyone around you, just like second-hand smoke. The famous Terman Study from Stanford followed subjects for eight decades and found that being around unhappy people is linked to poorer health and a shorter life span.

Happiness has much less to do with life circumstances than you might think. A University of Illinois study found that people who earn the most (more than $10 million annually) are only a smidge happier than the average Joes and Janes who work for them.

Life circumstances have little to do with happiness because much happiness is under your control—the product of your habits and your outlook on life. Psychologists from the University of California who study happiness found that genetics and life circumstances only account for about 50% of a person’s happiness. The rest is up to you.

“The Constitution only gives people the right to pursue happiness. You have to catch it yourself.” – Benjamin Franklin

Unhappy Habits. When people are unhappy, it’s much more difficult to be around them, let alone work with them. Unhappiness drives people away, creating a vicious cycle that holds you back from achieving everything that you’re capable of.

Unhappiness can catch you by surprise. So much of your happiness is determined by your habits (in thought and deed) that you have to monitor them closely to make certain that they don’t drag you down into the abyss.

Some habits lead to unhappiness more than others do. You should be especially wary of the ten habits that follow as they are the worst offenders. Watch yourself carefully to make certain that these habits are not your own.

Waiting for the future. Telling yourself, “I’ll be happy when …” is one of the easiest unhappy habits to fall into. How you end the statement doesn’t really matter (it might be a promotion, more pay, or a new relationship) because it puts too much emphasis on circumstances, and improved circumstances don’t lead to
happiness. Don’t spend your time waiting for something that’s proven to have no effect on your mood. Instead focus on being happy right now, in the present moment, because there’s no guarantee of the future.

Spending too much time and effort acquiring “things.” People living in extreme poverty experience a significant increase in happiness when their financial circumstances improve, but it drops off quickly above $20,000 in annual income. There’s an ocean of research that shows that material things don’t make you happy. When you make a habit of chasing things, you are likely to become unhappy because, beyond the disappointment you experience once you get them, you discover that you’ve gained them at the expense of the real things that can make you happy, such as friends, family, and hobbies.

Staying home. When you feel unhappy, it’s tempting to avoid other people. This is a huge mistake as socializing, even when you don’t enjoy it, is great for your mood. We all have those days when we just want to pull the covers over our heads and refuse to talk to anybody, but understand that the moment this becomes a tendency, it destroys your mood. Recognize when unhappiness is making you antisocial, force yourself to get out there and mingle, and you’ll notice the difference right away.

Seeing yourself as a victim. Unhappy people tend to operate from the default position that life is both hard and out of their control. In other words, “Life is out to get me, and there’s nothing I can do about it.” The problem with that philosophy is that it fosters a feeling of helplessness, and people who feel helpless aren’t likely to take action to make things better. While everyone is certainly entitled to feel down every once in a while, it’s important to recognize when you’re letting this affect your outlook on life. You’re not the only person that bad things happen to, and you dohave control over your future as long as you’re willing to take action.

Pessimism. Nothing fuels unhappiness quite like pessimism. The problem with a pessimistic attitude, beyond it being hard on your mood, is that it becomes a self-fulfilling prophecy: if you expect bad things, you’re more likely to get bad things. Pessimistic thoughts are hard to shake off until you recognize how illogical they are. Force yourself to look at the facts, and you’ll see that things are not nearly as bad as they seem.

Complaining. Complaining itself is troubling as well as the attitude that precedes it. Complaining is a self-reinforcing behavior. By constantly talking—and therefore thinking—about how bad things are, you reaffirm your negative beliefs. While talking about what bothers you can help you feel better, there’s a fine line between complaining being therapeutic and it fueling unhappiness. Beyond making you unhappy, complaining drives other people away.

Blowing things out of proportion. Bad things happen to everybody. The difference is that happy people see them for what they are—a temporary bummer—whereas unhappy people see anything negative as further evidence that life is out to get them. A happy person is upset if they have a fender bender on the way to work, but they keep things in perspective: “What a hassle, but at least it wasn’t more serious.” An unhappy person, on the other hand, uses it as proof that the day, the week, the month, maybe even their whole life, is doomed.

Sweeping problems under the rug. Happy people are accountable for their actions. When they make a mistake, they own it. Unhappy people, on the other hand, find problems and mistakes to be threatening, so they try to hide them. Problems tend to get bigger when they’re ignored. The more you don’t do anything about a problem, the more it starts to feel as though you can’t do anything about it, and then you’re right back to feeling like a victim.

Not improving. Because unhappy people are pessimists and feel a lack of control over their lives, they tend to sit back and wait for life to happen to them. Instead of setting goals, learning, and improving themselves, they just keep plodding along, and then they wonder why things never change.

Trying to keep up with the Joneses. Jealousy and envy are incompatible with happiness, so if you’re constantly comparing yourself with others, it’s time to stop. In one study, most subjects said that they’d be okay with making less money, but only if everybody else did too. Be wary of this kind of thinking as it won’t make you happy and, more often than not, has the opposite effect.

Bringing It All Together. Changing your habits in the name of greater happiness is one of the best things that you can do for yourself. But it’s also important for another reason—taking control of your happiness makes everyone around you happier too.