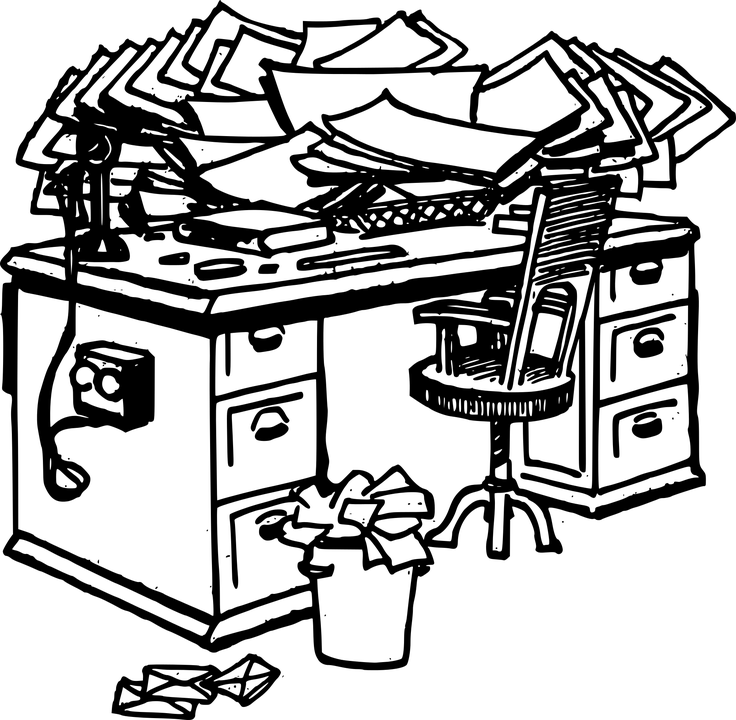 Do you look around your home and wonder how it got so full of knick-knacks, or scan your office and ask yourself how it got to be so buried in neglected piles of paper? What about your calendar: Is it filled with appointments stretching indefinitely into the future? Is your email box so overflowing that you don’t even feel like wading in to try to address any but the biggest emergencies? All of this clutter, physical and mental, can interrupt your flow — both your ability to move and your ability to think. It turns out that your well-being could also become victim to what we might call the “clutter effect.” A collection of recent studies on stress, life satisfaction, physical health, and cognition all speak to the value of streamlining.

When we think of cluttering, the first association many have is with the inside of a hoarder’s home. However, cluttering can simply involve the accumulation of more possessions than can fit into the available space. If you have a lifetime of memorabilia strewn around the rooms of a 25-room mansion, all will fit comfortably onto shelves and tables. It’s an entirely different matter if that same amount of stuff ends up in a cramped two-bedroom apartment.

A relatively recent investigation on perceptions of the environment and well-being examined the set of relationships among clutter in the home and subjective well-being. University of New Mexico’s Catherine Roster and colleagues (2016) examined how clutter compromises an individual’s perception of home, and ultimately feelings of satisfaction with life. The underlying premise of the study was that because many people identify so closely with their home environments, the extent to which it’s cluttered can interfere with the pleasure they experience when being in that environment.

Roster et al. defined “home” not simply as the physical dwelling in which you live, but more generally as “the broader constellation of experiences, meanings, and situations that shape and are actively shaped by a person in the creation of his or her lifeworld” (p. 32). Clutter makes it difficult to navigate through that lifeworld and to get done what you need to in order to live comfortably within it. When your countertop is full of appliances as well as strewn-about mail and random gadgets, it’s going to be much more difficult to get that countertop looking satisfactorily clean and shiny. Roster and her colleagues identified a sample of adults with mild to moderate cluttering problems through “The Institute for Challenging Disorganization” (ICD), a non-profit organization intended to help those who are, as you might guess, organizationally challenged. In addition to rating their own clutter-related behaviors (such as not being able to find things due to clutter), participants in the sample of nearly 1,500 adults aged 18 and older rated the extent to which they felt attached to their homes, saw their possessions as an extension of themselves, and felt their home gave them psychological comfort.

The two factors of attachment to home and possession self-extension positively predicted the individual’s sense of the psychological safety of the home. Clutter, though, was negatively related to the psychological sense of home and, ultimately, to well-being. As the authors concluded, “Clutter is often an insidious and seemingly harmless outgrowth of people’s natural desire to appropriate their personal spaces with possessions … when [clutter] becomes excessive, it can threaten to physically and psychologically entrap a person in dysfunctional home environments which contribute to personal distress and feelings of displacement and alienation” (p. 38).

Getting rid of the clutter in your home, with or without the help of other non-organizationally challenged individuals, seems to be a key factor that you may not have realized is so important to your feelings of happiness. This process may be painful at the time, but it should help you overcome this important obstacle to your well-being. Here are five reasons to start streamlining your life today:

Living in clutter impedes your identification with your home, which should be a retreat from the outside world and a place to feel pride. As we see in the University of New Mexico study, having too many of your things in too small a place will lead you to feel that your home environment is your enemy, not your friend.

An Australian-U.S. study conducted by Lenny Vartarian et al. (2017) showed that people will actually eat more cookies and snacks if the environment in which they’re offered a choice of foods is chaotic, and they’re led to feel stressed. When the experimental kitchen in which participants were tested was disorganized and messy, and they were put in a low self-control mindset, students in the Cornell University lab ate twice as many cookies as those in a standard, non-chaotic kitchen. In other words, you’ll reach more for the sweets in a cluttered setting when you’re feeling out of control.

In examining a century of research on stress and well-being, University of South Carolina’s Paul Bliese and colleagues (2017) noted that, in some of the first studies conducted of stress and the workplace, a comfortable environment was seen as essential to “mental hygiene.” Although recent research has veered more toward mental than physical comfort, a case can be made for the workplace being as clutter-free as we know from Roster’s research that the home should be. Other research on workplace satisfaction has pointed to the advantages of employees being able to personalize their surroundings, but when those surroundings become cluttered, this should have diminishing returns. Certainly, feeling stressed by a cluttered inbox is enough to cause anyone’s mental hygiene to deteriorate, as you can most likely attest to from your own experience.

It’s actually harder to read people’s feelings when your visual surroundings are filled with random stimuli. In an examination of the impact of clutter on perceptions of scenes in movies, Cornell University’s James Cutting and Kacie Armstrong (2016) found that when the background of a scene is highly cluttered, viewers find it more difficult to interpret the emotional expressions on the faces of the characters. If this finding holds true in daily life, it means that you’ll be less accurate in figuring out how other people are really feeling when you’re seeing them amidst a clutter-filled room.

“Mental clutter” is a state of mind in which you can’t inhibit irrelevant information. University of Toronto’s Lynn Hasher proposed a number of years ago that mental clutter is one of the prime suspects in the cause of age-related memory losses. Her research today (Amer et al. 2016) continues to support that proposition. If you’re unable to get through the material clogging up your neural networks, so the theory goes, you’ll be slower and less efficient in processing information. As a result, you’ll be incapacitated when it comes to short-term memory tasks, and even in longer-range mental exercises when you have to come up with information you should know, such as names of people, that you can no longer find within your disorganized repository of knowledge.

Streamlining seems to have its advantages, then, not just as a housekeeping tool, but as an essential process for maintaining your happiness in your home environment and at work. At the same time, cutting through the clutter can benefit your physical health and cognitive abilities. Start getting out that trash bag, whether virtual or physical, and you’ll soon feel better able to enjoy your surroundings while you think more efficiently and cleanly.