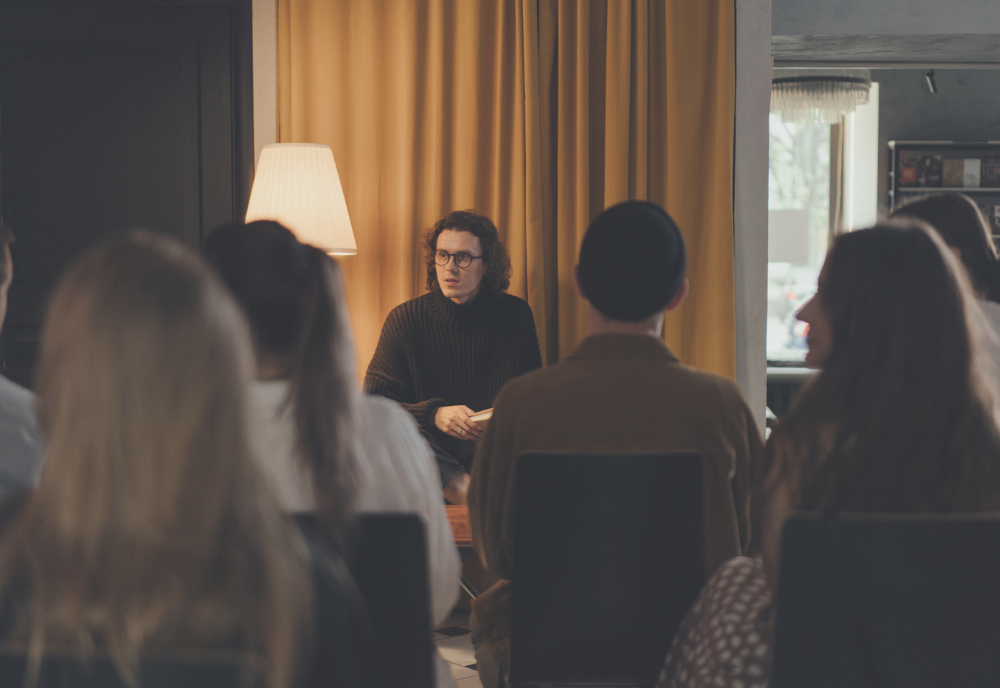 It takes courage to voice your ideas and stick up for them. These tips can help.

Hierarchy is disappearing in many companies, and that’s opening the door for employees at every level to contribute–and even lead. The trouble is, many of us haven’t picked up the skills we need to make our voices heard. These six tips can help you get comfortable with communicating with more authority across your entire organization and even outside it.

1. DECIDE ON YOUR CONVICTIONS

It takes some courage to share your ideas at work. Especially if the goal is to influence people outside your immediate team, including those you don’t have any power over—your boss, a senior executive, a prospective client, you name it—you might feel like you’re stepping out of line.

But consider this: The word “courage” includes the Latin root “cor,” meaning “heart.” Don’t share ideas or beliefs that aren’t heartfelt. You need to have a strong conviction in your ideas before asking others to consider them. But if you believe you have a contribution to make, go for it!

Once you’ve decided that the point you have to make is worthwhile, state it boldly, clearly, and confidently. Never lead with an apology (“I’m sorry if I’m saying something you already know”), introduce caveats (“I’m not sure about this, but let me give it a try”), insert tentative language (“It could be that . . . “; “My best guess is . . . ”), fill in the background information first.

Get right to your point. Clarity and directness give you power and authority, especially when you’re trying to communicate with higher-level leaders.

Defend your ideas if it turns out that you need to. It may be tough to stand up to dissenting views, particularly if the opposition comes from people more senior than you. But remember that the ideas most worth sharing are likely to be at least a little controversial. So when you say something new, expect to be challenged, then rise to the occasion by showing why you’ve taken your position.

When you do respond, be careful not to be defensive or aggressive–that will only make you look less confident and undermine your message. Instead, acknowledge the other person’s point of view, and succinctly, politely explain why you see things differently. Remember that every challenge gives you an opportunity to reaffirm your point. Welcome it as an opportunity.

4. BE WILLING TO CHALLENGE OTHERS

I’ve coached leaders at all levels, and often senior officers tell me that they value thoughtful input that sparks dialogue—they like it when people challenge each other and share contrary views. “That’s what we’re paying them for,” one CEO told me. “We want their best ideas.”

So when you bring critical thinking to the table, do it in a collaborative spirit. When you challenge a plan, don’t just say, “You’re wrong” or “I disagree.” Instead, say, “I understand where you’re coming from, but let’s take your logic one step further.” Or ask, “Could we achieve the same goal more cost-effectively, by . . .” That dialogue builds better solutions than either staying quiet or getting combative.

It takes courage to communicate in the same open, confident way to everyone. Most of us are conditioned to address people differently, according to their relative authority. So keep that in mind. Don’t talk to senior leaders sycophantically. Phrases like “with all due respect” or “to be honest” sound condescending. By the same token, don’t let executives take over the conversation or silence you. There’s always a temptation to defer to those who have more power than you. But they won’t respect you for that. Ultimately, the best way to show respect for upper-level managers is by sharing your best ideas with them.

There’s always a temptation to defer to those who have more power than you. But they won’t respect you for that.

And when you address those less senior to you, show an equal degree of respect. Listen to them carefully, acknowledge their views, and build on their ideas wherever you can. Communicating forcefully isn’t possible if it doesn’t come from a place of respect, no matter where it’s directed.

Finally, it can take extraordinary courage simply to be yourself while you’re sharing your ideas, especially if you work in a company on a team where you aren’t necessarily seen as someone to voice your views.

Sometimes that isn’t always personal–it’s cultural. As you look around at your peers, you might feel there’s a normal way of dressing, speaking, looking, and acting. There’s no need to resist corporate culture in your effort to become a more powerful communicator.

But you also need to have the courage to preserve your spontaneity, creative energy, vitality, and sense of humor. Suppressing those qualities won’t serve you, your message, or your company.