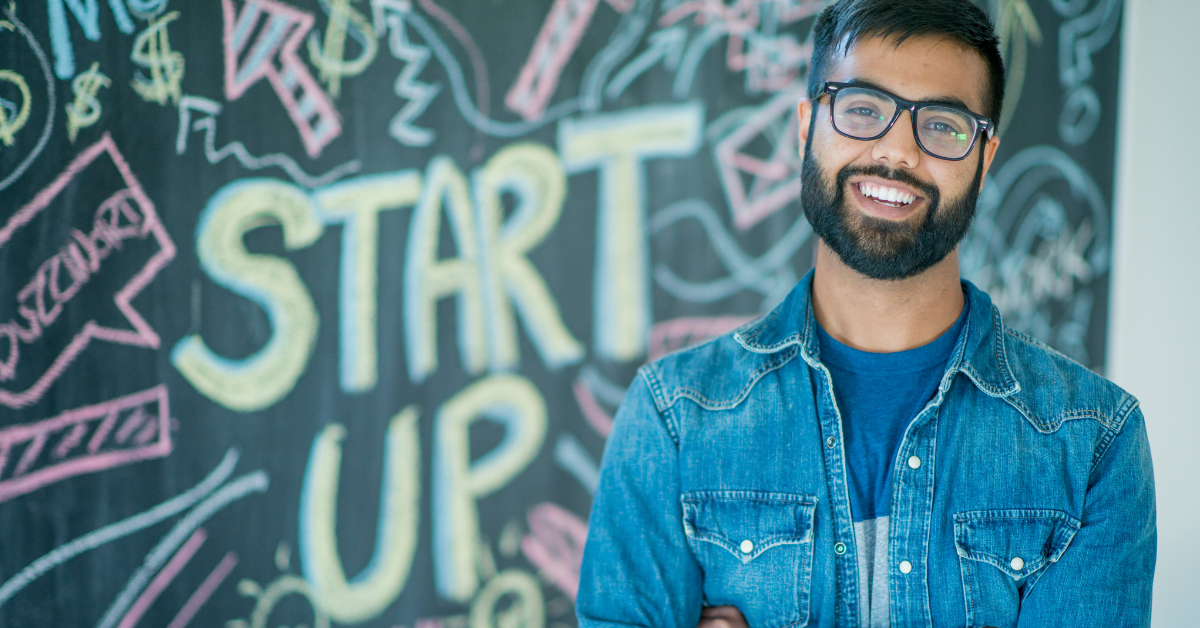 The [last] recession officially ended in June of 2009, at least according to the National Bureau of Economic Research. But as entrepreneurs and business owners, we know that the economy sure doesn’t feel like its roaring on all cylinders. There aren’t many businesses that have been shielded from the economic downturn and it can create a lot of anxiety for would-be entrepreneurs.

Something I’ve been hearing a lot from entrepreneurs and business owners is that they want to wait for the economy to pick up before they start a new business. This is an understandable concern but I want to assure you that it’s a myth. When economies turn downward, it actually opens up opportunities. Sometimes recessions claim businesses because they are bloated or have lost focus on their core competencies. This means that a lean and aggressive startup can often fare better when times are hard. The disruption that occurs during the downturn and ensuing rebound often favors startups as well because they can be more nimble.

If you have a good idea, a thorough business plan, and can stay flexible, it’s a great time to launch a business. Among the businesses that have launched during recessions are Microsoft , FedEx, and General Electric .

Hyatt Hotels launched in 1957 when Jay Pritzker bought a controlling stake in the Hyatt House motel near the Los Angeles airport. The next year the U.S. was hit by the worst recession of the post-World War II era economic boom. But Pritzker’s never-quit attitude and irrepressible enthusiasm for making deals made Hyatt the fastest-growing hospitality company in the nation in less than a decade. Today the company pulls in more than $3.3 billion in annual revenues and is a leader in the global hospitality industry. If there is a lesson we can learn from Hyatt, it’s that Pritzker never let the recession dampen his spirit and love of business.

So we’ve established that it’s possible to launch a successful business in a down economy. Now I’m not going to try and convince you that it’s easy to launch in a slow economy. For example, start-up capital can be harder to come by. However, there are a few tips I’ve learned during my career as an entrepreneur that can help your new business during tough times.

1. Watch Your Cash: During my career, I’ve seen over and over that keeping your operation lean goes a long way toward ensuring a business is successful. This is especially important when the economy is slow. Monitor your cash flow very closely and look for ways to cut your expenses.

One way to avoid getting into trouble early is to work with your vendors. They may be willing to accept flexible payment schedules and find ways to help you keep your costs down. After all, they will want you to thrive so they can keep a customer.

On the flip side of things, I think it’s vital to keep a close eye on your accounts receivable. Know your customers and learn their habits. There is nothing wrong with giving a customer more time to pay if it’s needed, but if you do that too often you can get into trouble and it can start hurting your business. Common sense tells you that running out of money is a very serious situation for any business. Consider moving late-payers to credit card payments.

2. Ask for Help: Business is a constant learning process. Reach out to your mentors and enlist support from successful people in your network. It’s great to see people succeed and I like sharing my experience to help other entrepreneurs grow. That’s why I love writing this column. I think a lot of entrepreneurs feel the same way. That’s why you should seek advice from those around you who know the ropes. There are very few problems you will encounter in business that experienced entrepreneurs have not had to face at some point, so lean on their understanding.

It’s also ok to tap your network to generate business. Most people understand that a new business doesn’t generally have a large client base and won’t be offended if you ask them to recommend you to friends and colleagues. Having those recommendations can be vital early on, especially in slow economies when marketing dollars can be hard to come by.

3. Believe in Your Business But … Be flexible! It’s absolutely essential to stay positive about your business. But, while you hold steadfastly to your original product idea, you have to be willing to change the details and change your approach when needed. Maybe the target demographic that’s in your business plan isn’t panning out, but you’re seeing momentum in other areas. That’s a good indication that maybe you are wasting resources that could be spent better elsewhere. Even a small change can make a big difference in sales.