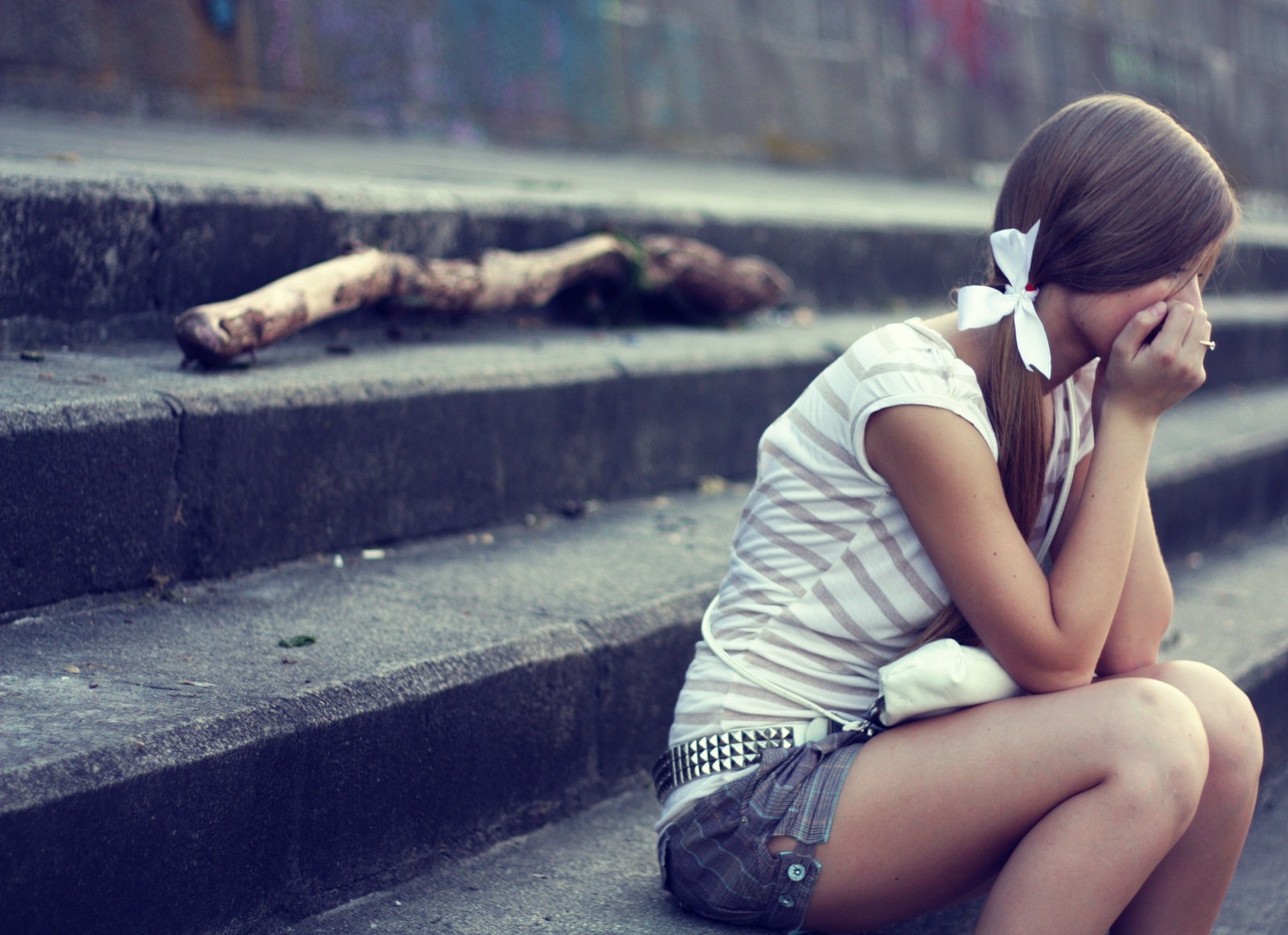 Were you raised to expect career success, fortune, and fame to come your way right after college? Or maybe you expected that, by age 30, you’d find the perfect partner who magically satisfied your every want and need?

If so, chances are you’re a millennial. And even if you weren’t waiting to become the next Steve Jobs or Oprah Winfrey, you’ve likely experienced some serious disappointment when life didn’t turn out exactly as planned.

Experts agree that the high hopes and heightened ambition of the millennial generation have led many of us to despair, depression, high anxiety, and a wide gulf of meaning in our personal lives. Yet as pessimistic as that sounds, there is some good news: That unbridled optimism that set our egos up to eat pavement could be precisely what enables us to secure a more stable footing in the long run.

First, some background: “Many of our parents believed that propping our self-esteem up was the key to ensuring we survived middle and high school,” says Jean M. Twenge, Ph.D., professor of psychology at San Diego State University and author of Generation Me: Why Today’s Young Americans Are More Confident, Assertive, Entitled—and More Miserable Than Ever Before. We can’t exactly fault them for this assumption, she says, as it reflected a cultural obsession whose roots took hold in the 1960s and came to a slightly misinformed hilt in the 90s—when we were all busting moves to “Baby One More Time” and chewing our Bubble Tape during Saved By The Bell re-runs.

Turns out we might have been a lot better off had our teachers, the media, and mom and dad schooled us more in self-compassion.

Turns out we might have been a lot better off had our teachers, the media, and mom and dad schooled us more in self-compassion than inflating how highly we ranked our own importance. New research shows that convincing kids they’re the most special specks on the planet risks morphing them into narcissistic, entitled, and quick-to-lash-out little twerps. (And, as those who’ve dated or worked with their adult iterations already know, these traits don’t magically relax as they age nor will they budge without therapy or meds.)

Not surprisingly, the prevalence of narcissism and its characteristic lack of empathy have noticeably increased in young adults, particularly since the early 2000s. One study found that Americans in their 20s were three times as likely to meet the criteria for Narcissistic Personality Disorder than folks over 60. Another study demonstrated a decrease in millennials’ concern with politics, social issues, and environmental concerns combined with an uptick in self-absorption.

But even if you don’t fit the bill for a full-fledged mental illness, clinging to the belief you could do everything, be anything you ever dreamed of, and receive praise every step of the way without having to work that hard still makes for some seriously delusional thinking about the real world.

There’s a huge disconnect between ‘I want this stuff’ but ‘I don’t want to work for it.’

“When it comes to millennials, there’s a huge disconnect between ‘I want this stuff’ but ‘I don’t want to work for it,’” Twenge says. Between the mid 1970s and the mid 2000s, the percentage of high school seniors admitting they weren’t really into putting in extra effort on the job leapt from 25 to 39 percent.

Yet many of us continue to see graduate school, high-paying positions, and fancy titles as givens of adulthood and anticipate being better off financially than our parents—at least until we move back in with them because we can’t afford our own rent. In part, Twenge points out, the greater ease of getting into college these days can foster the illusion that just because we’re admitted, we’re on track toward post-grad greatness.

Add to this the proven fact that we also expect far more from our romantic partners and you’ve got the perfect cocktail for what speaker, author, and life coach Christine Hassler has dubbed the “expectation hangover“.

WTF Is the Expectation Hangover?This sort of hangover has nothing to do with how many drinks you had last night. Consider the expectation hangover a step beyond just your average dose of disappointment: “It’s that heavy, lethargic, bummer of a feeling you get when things just don’t go your way,” Hassler says.

Failing to land your dream job, getting rejected from your top choice school, or approaching your 30th birthday with no prospect of knot tying in sight can lead to these let-downs, Hassler says. But so can checking off all of the above only to feel meh—like something’s still missing.

And let’s not leave life’s many surprises out of the mix, she adds: From tax bills and breakups to terminal illnesses and natural disasters, the real world can always be relied upon to throw you an ambition-sapping curveball.

The fallout from all this disillusionment can be pretty awful. Having our dreams dashed, Hassler says, “can bring up a whole host of emotions many people weren’t taught to process—particularly sadness, anger, and shame.” And when we lack effective coping skills, she adds, such icky feelings may lead us down paths of self-destruction, as we reach for anything—booze, sex, food, shopping, drugs, or even over-exercise—to numb out. Yikes.

7 Ways to Overcome the “Meh” Feeling

Because anything can happen, expectation hangovers are by no means preventable, Hassler acknowledges, but most of us can learn to lessen the suffering we experience and the frequency with which it occurs. Consider this your morning-after plan to reduce those nasty expectation hangover symptoms.

Hang onto that persistent positive attitude that made you fall so hard in the first place, Hassler says. If you’re able to consider professional or personal face-plants as opportunities for growth, you’re already on the right track. Studies show keeping our chins up in the face of personal and professional let-downs ratchets up our resilience and better enables us to cope with stress. (And for all you pessimists reading this, science confirms that you can benefit from the upsides of hope too, even if you don’t fully endorse the glass half-full view.)

Do your emotional health a favor and process the uncomfortable feelings arising from disappointment, either with a few trusted friends and family members or with a therapist. But beware of wallowing in your own pity party too long, as this just exacerbates an expectation hangover’s ache. “We want to honor our own experience but not become consumed by it,” Hassler says.

Accept the fact that expecting to land a promotion within six months on the job might have been a long shot. And that, to be considered for that next level, you may need to work a heck of a lot harder—even if you’re already doing your best.

Keep in mind that no one loves every minute of every gig they ever take—that’s just part of life.

Hassler also encourages us to keep in mind that no one loves every minute of every gig they ever take—that’s just part of life. Consider consulting with a career coach if you’re truly feeling lost in terms of what you want for the future. But trust that as long as the position you’re in brings you more satisfaction than despair, it may not be the complete end of the world after all.

Same goes for relationships, Hassler says. (Important reminder: These are two-way streets—it’s not all about you.) Try cutting your partner some slack when he or she fails to validate every emotion you express or occasionally doesn’t get your perspective. And if things don’t pan out for the two of you, learn from your mistakes and let go.

3. Aim high, but don’t get too attached.

There’s nothing inherently wrong with challenging yourself to work toward above-average goals, Hassler says—provided, of course, you’re not attaching your self-worth and stability to the outcome. Her rule of thumb? “Pursue things with high intention and low attachment. Don’t judge yourself based on whether you achieved the goal, but rather on how much effort you put in.”

4. Get more involved (not with yourself).

“Being caught up in yourself leads to more expectation hangovers,” Hassler says. It keeps us disconnected from reality’s feedback regarding how we can adjust our behavior, and it deprives us of much needed distractions from our own distress.

A simple fix for this particularly millennial problem? Volunteering. Studies show getting involved with an organization or cause not only helps others, it makes our own lives more meaningful and buffers us from getting too far down into any emotional dumps.

Getting “involved” doesn’t just mean working at a soup kitchen once per week. It also means being more mindful during everyday moments. Do yourself and those around you a favor by resisting the impulse to triple check your smartphone, making adequate eye contact, listening to what’s being said to you, and trying your best to err on the side of kindness (since even small acts of the stuff make our darkest days brighter).

Simple mindfulness tactics have a profoundly positive effect on mood and well-being.

These simple mindfulness tactics have a profoundly positive effect on mood and well-being. Plus, by being more present, you’re more aware of what your environment actually has to offer than what you expect it to owe you.

Perhaps the simplest disappointment-destroyer of all is gratitude. Numerous studies show that expressing appreciation to others and focusing on how jazzed we are about the good things in our lives keeps our spirits up, makes us nicer people, and helps us bounce back quicker from setbacks.

Killing yourself to be better than the next guy may get you ahead, but it won’t get you far. Competition can breed depression, loneliness, and anxiety.

It’s fine to have role models, Hassler says, but constantly measuring yourself against others just courts more suffering. “Look to others for inspiration, but resist the urge to compare yourself,” she says.

Reality bites. Partly because we were raised to expect quite a bit from our educations, jobs, and romantic partners, millennials may be bound for disillusion. But that doesn’t mean we need to trash the optimism with which many of us left high school and college. In fact, if we rein it in to a more reasonable level, we may just stay afloat amidst this massive wave of disappointment after all.

When your expectations clash with reality (because it will happen), don’t let it keep you down for too long. Ask for help as needed, explore alternative options, and adjust accordingly. Oh, and don’t forget to smile and say thank you. They make a bigger difference than you’d think!