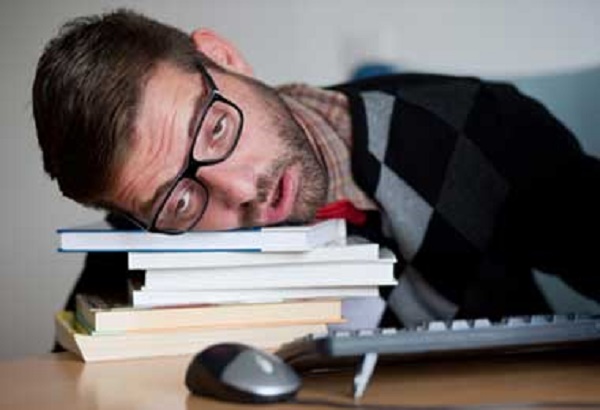 Being fatigued sucks. You stumble through the day, your brain slow, your body aching; you’re tired, you’re groggy, and everything feels awful. Fatigue isn’t just tiredness—it’s a generalized lack of energy and motivation that can sometimes be a symptom of serious issues like depression, anemia, or thyroid problems (which is why chronic, pervasive fatigue definitely warrants a visit to the doctor). In some cases, however, fatigue is simply the result of poor—but fixable!—habits.

When you’ve ruled out any medical issues and developed positive habits but are still struggling with fatigue, it may be time to turn to supplementation. We took a look at the most common causes of fatigue—sleep, stress, and exercise—and put together a list of simple, supplemental fixes to address each one. Check out the list to eliminate fatigue and get back in the game.

Note: The contents of this article are not intended to serve as medical advice. If you have questions about incorporating supplements into your life, it’s always smart to consult a medical professional.

It’s not uncommon to want five more minutes of sleep in the morning (guilty!), but if rolling out of bed feels like torture every single day—or if your love for the afternoon nap is bordering on obsessive—it may be time to add some new supplements to your routines. 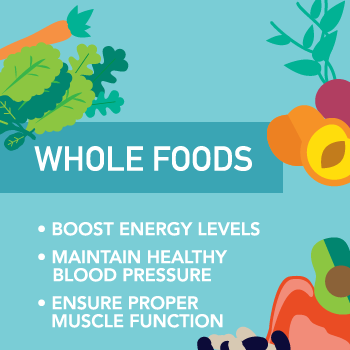 The right foods can go a long way toward managing fatigue. If you’re always low on energy, try increasing the amount of iron and magnesium in your diet. These two minerals don’t just help with energy levels; they’ll also help you maintain healthy blood pressure, keep the blood well oxygenated, and ensure the muscles function properly.

Most people should shoot for 8 to 18 milligrams of iron and 310 to 420 milligrams of magnesium per day. Before shopping for supplements, head to the grocery store: There’s plenty of iron to be found in beans and meat (For example, a cup of white beans has about eight milligrams of iron, and six ounces of beef contains six milligrams.). Magnesium is also found in leafy green vegetables (cooked spinach has 157mg per cup), pumpkin seeds (156mg per ounce), black beans (120mg per cup) and oatmeal (63mg per cup), to name a few. (Just note that vegetarian sources of iron are not absorbed very well unless they’re accompanied by a source of vitamin C—yet another reason to add fruits or vegetables to all your meals !). 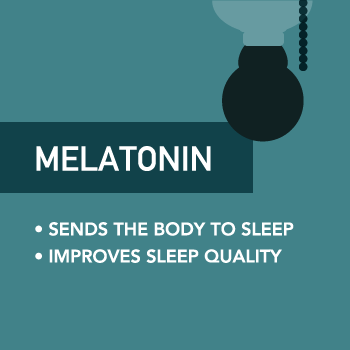 Too much light in the bedroom can make the body unwilling to sleep or unable to sleep very well. This is thanks tomelatonin, a hormone responsible for sending us off to sleep, which is very sensitive to light. In general, the darker the room, the more melatonin our bodies produce, and the better we sleep . This explains why it’s important to minimize exposure to bright light during the half hour before bedtime .

Before heading to the supplement aisle, try these “natural” fixes to improve melatonin production: Keep the lights low, avoid fluorescent sources like TV screens (Ta-ta, Real Housewives marathons!), and, if you absolutely have to use your computer, try to add a red tint to the screen—red light is more friendly to melatonin synthesis, possibly because of its similarity to the sunset . You can also check out F.lux, a program that can make your computer screen adapt its luminescence to the time of day.

If these changes don’t cut it, melatonin is also available in supplement form . Start experimenting with a low dose of 500 micrograms (0.5 milligrams), then slowly increase your dosage until you find your minimum effective dose. Bonus: Melatonin is pretty cheap; a month’s supply can cost only about five bucks. 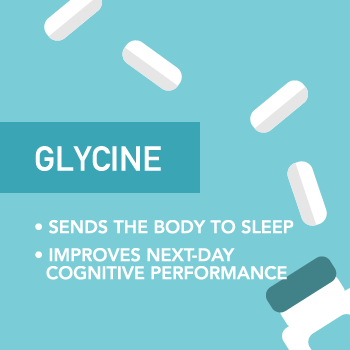 Glycine is an amino : It may improve cognitive performance the next day !

While the compound can be found in most foods, a particularly good source is collagen, a protein that forms connective tissue in animals. But if chewing on sinew doesn’t sound particularly appealing, check out your local supplement store.

The recommended dosage is 3 grams, and a month’s supply costs around 10 bucks . 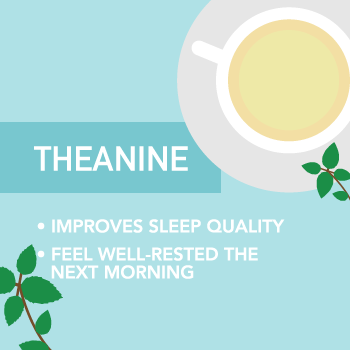 Theanine is another amino acid that can help with sleep. It’s not sedative; rather, it improves sleep quality and should help you feel more rested in the morning.

The best source of theanine is tea, but there’s a Catch-22: Since most teas also contain caffeine, a steaming cup probably won’t improve sleep quality . White tea tends to have less caffeine than green or black tea, so if you’re a coffee drinker with a high caffeine tolerance, white tea could be a relaxing way to get some theanine before bed. Or just try decaf!

Another way to take theanine is in pill form. The optimal dosage for improving sleep is between 150 to 200 milligrams, taken 30 to 60 minutes before bedtime. You can get a month’s supply for a little less than 10 bucks.

Metabolic burnout is a form of fatigue which builds up over a long period of time as a result of chronic stress . Yep, one more reason why stress isn’t good for us! While there are scores of non-pharmaceutical ways to relieve anxiety, from meditation to exercise, there are also some proven stress-fighting supplements. 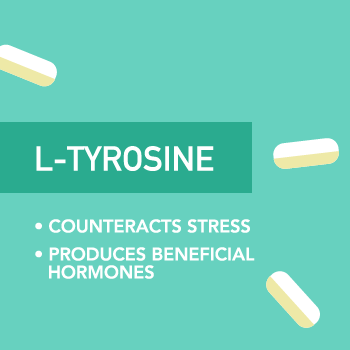 L-Tyrosine is an amino acid that can counteract stress before it happens. Yep, you read that right: When taken before an event that’s anticipated to be stressful (say, an exam or big presentation at work), it can head off stress hormones at the pass .

How? Well, when we’re stressed, the body secretes a lot of the neurotransmitters adrenaline and dopamine, which help keep the typical symptoms of stress at bay. But we’ve only got a finite amount of those two chemicals, so when we run out of them, that’s when we experience symptoms of stress like fatigue, sweatiness, and a serious decrease in motivation and attention. No fun, right? That’s why it can be helpful to make sure there’s plenty of L-tyrosine in the blood, since it helps the body produce adrenaline and dopamine and thereby protects us from the effects of stress .

It’s ideal to take 500 to 2,000 milligrams of L-tyrosine an hour before the stressful event is supposed to occur, although some studies have shown that more (up to 10g over the course of a few hours, in divided doses) can be taken without any issues . Ten bucks can buy you enough for at least 50 scary work presentations. 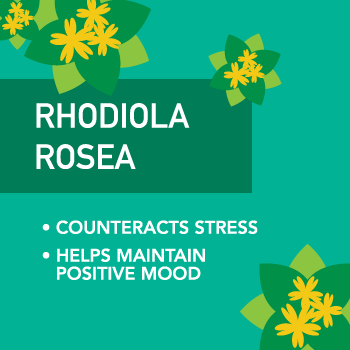 Rhodiola rosea is another adaptogen, i.e., something that can help desensitize someone to a stressful event before it happens . Derived from an herb that grows in the chillier parts of Northern Europe, Rhodiola is safe and effective at treating metabolic burnout, and there’s some evidence that it’s effective at combating mild depression and improving cognition, to boot .

While researchers aren’t completely sure how the herb works, they do know that it helps maintain proper serotonin levels in the brain, which can affect our moods and hormones—but further research is needed to determine exactly how this adaptogen functions . In any event, Rhodiola is thought to be safe and effective, and can even be taken once a day without any decrease in effectiveness .

A single dose of between 288 to 680 milligrams is effective, but for daily usage, 150mg should do the trick—just make sure the pills are one percent salidroside and three percent rosavins, as this is the formula that’s shown the most benefits in studies . If you plan on taking Rhodiola rosea daily, 10 bucks will get you a month’s supply. 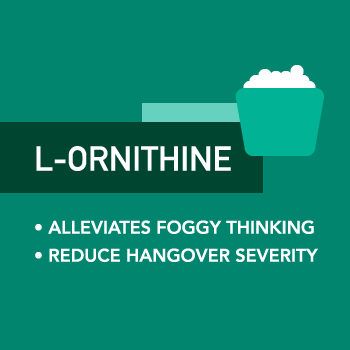 Chronic stress can result in too much ammonia in the blood, which can cause fatigue and foggy thinking . Taking L-ornithine can help alleviate the fatigue ammonia causes; some studies have also shown that it can help reduce the severity of a hangover (L-ornithine and a strong cup of coffee, anyone?) .

The trouble is that it’s hard to know if fatigue is being caused by high ammonia levels without first getting a blood test, so there’s no guarantee that L-ornithine will help the issue. But if you’ve tried everything (or if you’d like a backup hangover cure!), two to six grams of L-ornithine hydrochloride is the standard dose . A month’s supply will run you about 20 bucks.

We’re not talking about the well-earned muscle fatigue that sets in after a few sets of an exercise. Here, we’re referring to the involuntary reduction in workout intensity and motivation that can set in after 45 minutes of heavy lifting, running, or competitive sports. While it may be tempting to turn to pre-workout stimulants, many of them are a double-edged sword: While some can reliably increase energy and performance, habitual use can lead to reliance and some—like 1,3-DMAA—can lead to high blood pressure . Here are a few safer and non-stimulatory alternatives for keeping up with longer (45 minutes or more) workouts. 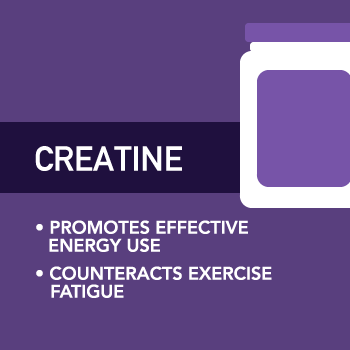 Creatine is a dietary supplement that’s well known for its ability to increase muscle size, but it’s also effective at reducing fatigue and promoting effective energy usage. It works primarily by creating a large store of creatine phosphate in the body, which replenishes ATP—a molecule that stores and provides energy to the body.

By promoting the usage of creatine phosphate, the body’s cells can better preserve glucose for later use, essentially staving off fatigue .

While creatine’s safety has been the subject of some controversy, for the most part it’s deemed safe for long-term use by those without pre-existing health conditions. 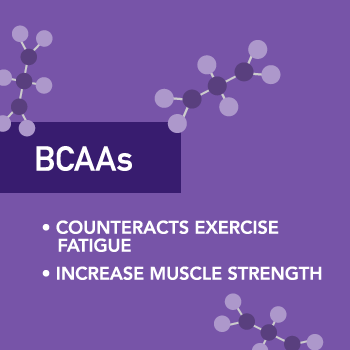 Branched chain amino acids(BCAAs) are a group of amino acids that includes valine,leucine and isoleucine. BCAAs are great at preventing fatigue during intense, exhaustive exercise .

Why? Well, one of the factors that leads to fatigue during exercise is extra serotonin in the brain, which is caused by an increase in L-tryptophan, another amino acid . BCAAs compete with L-tryptophan and prevent its uptake into the blood, thereby preventing the fatiguing effects of serotonin . Like creatine, they have the added benefit of increasing muscle size and strength. The price is a bit steep: a month’s supply can run you up to 40 dollars. A typical daily dose of BCAAs varies depending on bodyweight, but is around 20 grams of the three amino acids combined, taken 1-3 times throughout the day. 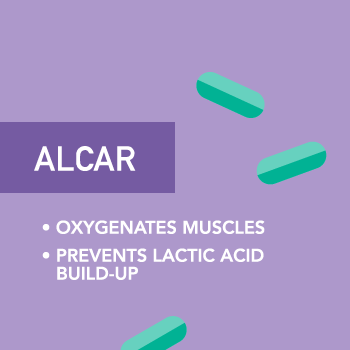 Acetyl-L-Carnitine (ALCAR) is a type of L-carnitine, an amino acid that’s great at preventing fatigue during intense exercise. This is because carnitine is can enhance the rate at which oxygen is delivered to muscles and help prevent the build-up of lactic acid, which may causemuscle soreness .

Supplementing with Acetyl-L-Carnitine (ALCAR) can also provide acognitive boost—that is, it can help users think more clearly by increasing energy availability in the brain .

A month’s supply, assuming a daily dose of 1,000 milligrams, will cost you about 10 bucks. 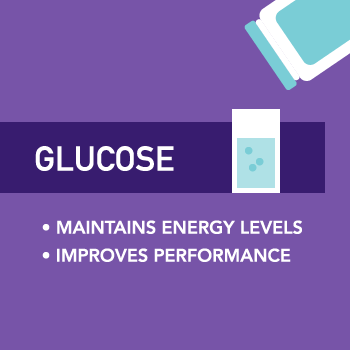 On the other end of the stimulant spectrum is the body’s primary energy source: Glucose. Whip up a simple solution of water (it doesn’t matter how much) and 20 to 40 grams of glucose and sip it during your 45-minute (or longer) workout to keep a small stream of glucose in the blood and enjoy a subtle (but still noticeable) increase in performance. As a bonus, it may increase muscle synthesis over the long term (and if you really want bigger muscles, try spiking your glucose drink with some BCAAs) . Glucose is often sold at supplement stores as “dextrose,” and you can buy a pound for around two dollars.

If you feel like your life is being hampered by fatigue, supplements shouldn’t be the first step. It’s most important to analyze your  stress management skills, nutrition, and sleeping habits—with the help of a medical professional, if necessary—and then make the appropriate lifestyle changes (Doing so is probably also cheaper than supplementation!). But if you’ve eliminated unhealthy habits, ruled out underlying disorders, and are still struggling with fatigue, then these supplements may be effective in helping you get back up on the horse so you can keep on truckin’.