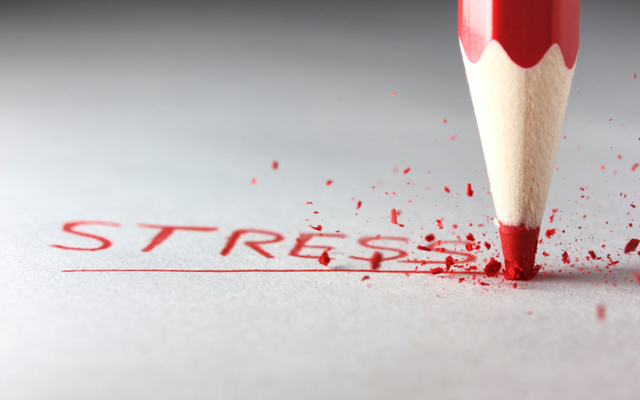 Cortisol is the “stress hormone” with a bad rap. Most people think of it as the evil villain within the body. It’s associated with weight gain, less muscle, and a compromised immune system. But is there anything you can do about it? Digging in a little deeper, you’ll learn that, yes, you can. And—in recognition of April as National Stress Awareness Month—we’ll break down here what to do.

To start with, it’s important to understand why the body makes cortisol in the first place. Cortisol is a hormone produced by the adrenal gland that is released in response to physical and mental stress. Its purpose is to help mobilize fuel to better feed the body during times of stress, and to signal the immune system to stop responding to inflammation. For this reason, cortisol shots are commonly prescribed to control allergic reactions, arthritis, and other inflammatory conditions.

Cortisol levels also fluctuate throughout the day. In fact, cortisol levels that are variable indicate the endocrine system is responsive and healthy. If the body lost its ability to respond to stress, severe health consequences would result.

When Not to Worry

Healthy cortisol levels are important for the body to respond to stressors and put it on high alert when something unexpected happens.  When the body is experiencing some sort of problem or trauma, the first response is inflammation. Think of when you jam your finger or bump your knee. It gets swollen and inflamed. This is caused by the rush of blood to the area of injury to deliver important nutrients that aid in the healing process. But you don’t want that inflammation to last forever and this is where cortisol comes in. Cortisol is one of the hormones released by the body to turn inflammation off and get things back to business as usual (1). Without cortisol, chronic inflammation would result, leading to increased disease risks such as inflammatory bowel disease or autoimmune disorders.

Another role of cortisol is to direct pathways in the body to provide fuel when there is not enough glucose present in times of stress. For example, let’s say a dog chases you down the street. Cortisol helps you get the fuel you need quickly to run away. Fast. Or, cortisol can be useful for that super hard leg workout in the gym. In these instances, the body draws amino acids from muscle and converts them to energy through a process known as gluconeogenesis (2). Without cortisol’s effect on directing fuel usage, the body would not be able to function efficiently.

Now for the other side of the cortisol coin: When levels are chronically elevated, cortisol begins to function in ways that are outside of the norm. The thing with stressors in life is that they come in multiple forms. Some produce a “fight or flight” type of response and exist in the short term. But others like continuous psychological stress could lead to continually elevated cortisol. That is when cortisol turns bad and could lead to serious health consequences including muscle loss, insulin resistance, and cardiovascular risk factors (3, 4).

When it comes to cortisol, it’s all about finding a healthy balance. Here are four tips for keeping cortisol in check:

1. Exercise, then eat carbs. Intense exercise can increase cortisol levels as much as 50 percent (2). But that doesn’t mean you shouldn’t hit the gym. Regular physical activity has significant benefits for your health, including long-term stress reduction. Consuming carbohydrates just before, during, and/or after an intense workout helps mitigate the cortisol response. When carbohydrates are supplied in the diet—such as from e+ before a workout or Want More Energy? during a workout—the body doesn’t need to produce its own sugar so there is no increase in cortisol or accompanied breakdown in muscle. By eating protein along with a source of carbohydrates during and directly after exercise, cortisol and muscle breakdown decrease, and muscle growth and glycogen repletion increase (5, 6).

2. Add Adaptogens. Priming your body with Adaptogens can help strengthen its capacity to resist and reduce stress. Adaptogens—such as ashwagandha, eleuthero, and wolfberry—are unique plants that have been studied for their abilities to act as metabolic regulators and support mental and physical performance. To supply your body with stress-fighting Adaptogens, reach for any of the Isagenix products with potent blends of Adaptogens: Ionix Supreme, e+, or t+ Chai.

3. Meditate. Psychological stress not only affects our minds but can also have an impact on telomeres, the biological markers of aging within our cells. Chronically elevated levels of stress hormones including cortisol could lead to shortened telomeres and accelerated aging. To mitigate physiological stress, try meditation, which has been shown in studies to ease mental stress and protect telomere length (7). For further protection of telomeres, also add Ageless Essentials with Product B to your regimen.

4. Sleep. Quality sleep is remarkable in its role in body maintenance and renewal. When you’re sleeping, the body is going to work on itself, building and mending. But when you don’t get enough quality sleep, stress hormones including cortisol can become elevated leading to a suppressed immune system (8). Focus on getting seven to nine hours of quality sleep each night to support healthy cortisol levels.

With these tips, there’s no need to worry over cortisol—that might just run cortisol levels up higher. Instead, remember that cortisol is not necessarily the bad guy; in fact, we need it to survive. It’s just important to keep the hormone levels in check by following a healthy diet and lifestyle.