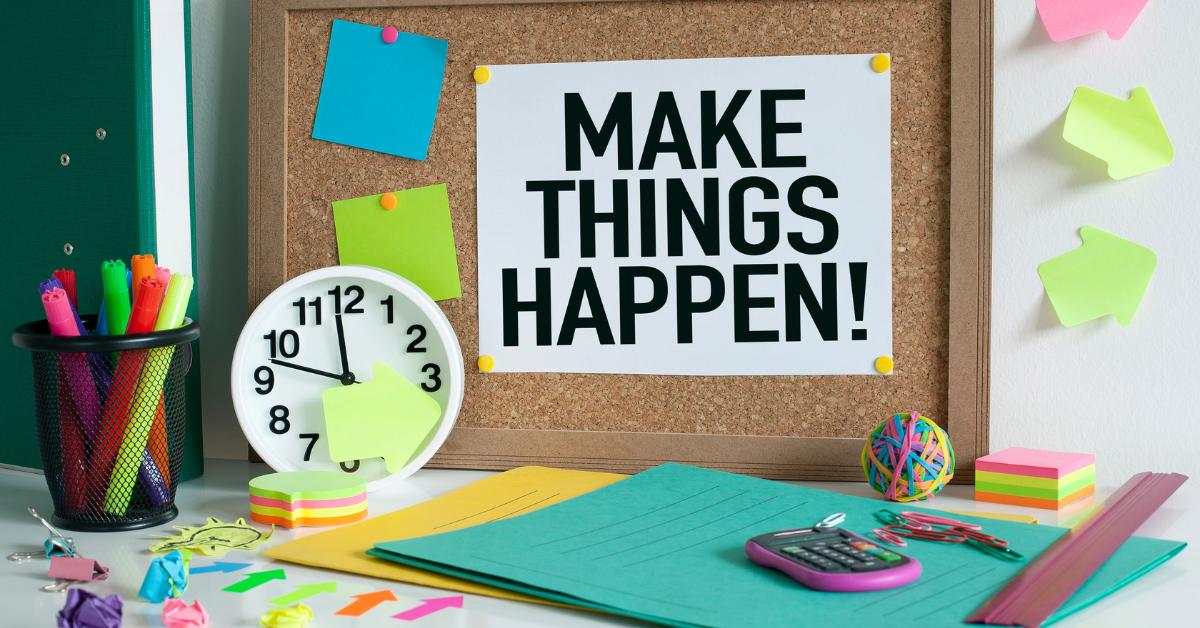 Sustaining motivation can be tough under the best of circumstances. So how can you stay motivated when your to-do list runs to four pages, you just got another rejection letter, your adult child announced his plans to move back home, the car and washing machine went on the fritz at the same time and you can’t find time in the day to work on your own personal projects?

We know those pop-psych directives to put a photo of you at your most fit on the fridge or write yourself a check for $1 million and tape it to your computer monitor or plaster your mirrors with affirmations, like “I attract my perfect soul mate.”

Motivation is not magic. It does not come in a bottle. There is no little blue pill for it. But it’s something you can tap into by design then harness. Every inspirational author, speaker and life coach has his own tips (and DVDs and seminars), but over my decades of observing super-successful, high-achieving people, I’ve come up with a list of seven things that are fundamental to sustaining motivation, whether you’re trying to finish a 10,000-piece jigsaw puzzle or climb Kilimanjaro.

1. Set a goal and visualize it down to the most minute detail. See it, feel it, hear the sounds that accompany the end result (wind rushing through your hair, applause). Elite athletes visualize their performance ahead of time — right down to the smell of the sweat dripping down their face as they cross the finish line.

2. Make a list of the reasons you want to accomplish the goal. In our busy, distracting world, it’s easy to get blown off course. This is why you need to ground yourself in your goal. For extra “success insurance,” write your list with a pen. Studies show that when we write by hand and connect the letters manually, we engage the brain more actively in the process. Because typing is an automatic function that involves merely selecting letters, there’s less of a mental connection.

3. Break the goal down into smaller pieces and set intermediary targets — and rewards. I’ve called this “chunking” long before there was a Wikipedia to explain that there are eight variations of the concept. To me it’s the best non-pharmaceutical antidote to ADHD. Tony Robbins, arguably the foremost motivational speaker and personal development coach, says: “A major source of stress in our lives comes from the feeling that we have an impossible number of things to do. If you take on a project and try to do the whole thing all at once, you’re going to be overwhelmed.”

Enter chunking. My system involves chipping away at a project. Break it down into the smallest realistic steps and only do one at a time. Neuroscience tells us that each small success triggers the brain’s reward center, releasing feel-good chemical dopamine. This helps focus our concentration and inspires us to take another similar step. Try this with your bête noire, whether organizing your papers and bills or setting out to find a new job.

4. Have a strategy, but be prepared to change course. Let Thomas Edison inspire you in this department: “I have not failed. I’ve just found 10,000 ways that won’t work.” “Our greatest weakness lies in giving up.” “The most certain way to succeed is always to try just one more time.”

5. Get the help you need. It doesn’t necessarily take a village, but even if you could theoretically accomplish your objective alone, there’s inherent value in sharing your plan. It’s why people get married in front of witnesses. Announcing your intentions sends a strong message to the world and, more important, to your unconscious mind, which can sometimes sabotage our best efforts. Also, we often overestimate our abilities. The flip side is being highly selective about whom you tell and ask for help. It’s akin to the builder’s rule to always get “the right tool for the right job.”

6. Pre-determine how you will deal with flagging motivation. This is not defeatist thinking. On the contrary! It’s (almost) inevitable that at some point along the way, whether because of temporary setbacks or sheer exhaustion, you will need a little boost. When that happens, I think of what others have endured to reach their targets and to quash even the beginning of a pity party, I invoke the most hard-core endurance models I can think of: friends fighting serious diseases and Holocaust survivors.

7. Continually check in with your reasons for carrying on. Despite his all-too-human flaws, Steve Jobs embodied this brilliantly. He once told an interviewer: “I think most people that are able to make a sustained contribution over time — rather than just a peak — are very internally driven. You have to be. Because, in the ebb and tide of people’s opinions and of fads, there are going to be times when you are criticized, and criticism’s very difficult. And so when you’re criticized, you learn to pull back a little and listen to your own drummer. And to some extent, that isolates you from the praise, if you eventually get it, too. The praise becomes a little less important to you and the criticism becomes a little less important to you, in the same measure. And you become more internally driven.”

There’s also a more meta, “Why are we here?” way to think about motivation. The great Jewish Rabbi Hillel (alive around the time of Jesus), famously said, “If not you, then who? If not now, when?” If you truly let those words sink in, it’s hard to be slacker.

But perhaps my favorite “put it all in perspective” commentary comes from the Dalai Lama. When asked what surprised him most about humanity, he answered, “Man.” Why?

So what keeps you motivated? We’d love to hear from you.