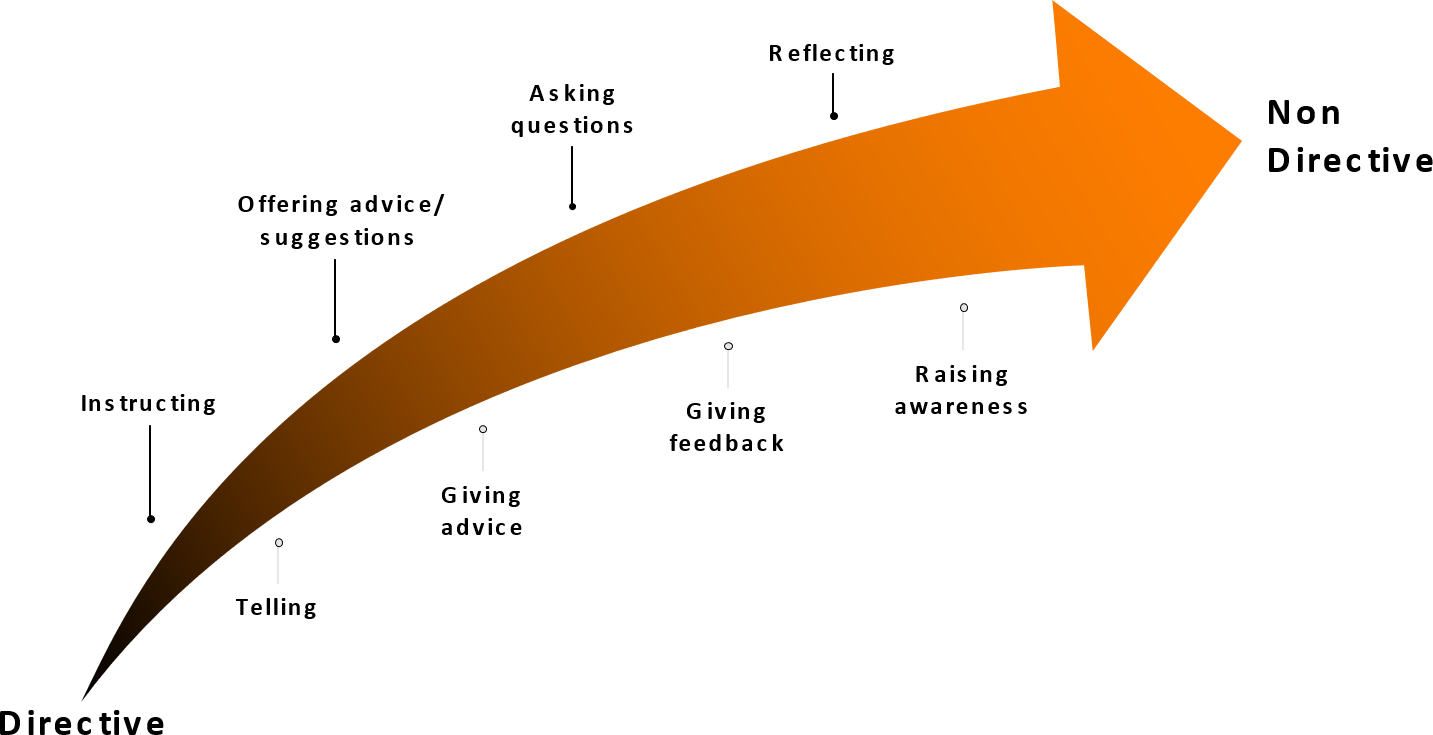 The Definitions of Coaching and Mentoring

Mentoring: The Definition
A mentor is someone who shares their knowledge, skills and/or experience, to help another to develop and grow.

Coaching: The Definition
A coach is someone who provides guidance to a client on their goals and helps them reach their full potential.

Now, looking at these two definitions, we would forgive you for still not being totally sure about the key differences between mentoring and coaching. One of the most distinct differences is that mentoring is directive, with coaching being non-directive. What does that mean in practice? Well, in mentoring meetings, it is likely to be the mentor doing more of the talking, whereas in coaching it is likely to be the coach posing questions and giving the person they are coaching the space to reflect and do most of the talking. Ultimately, both coaching and mentoring are about helping people to get where they want to go by leveraging the experience of the coach or mentor. They can be seen to evolve from directive (mentoring) to non-directive (coaching) in a chart often used to depict the differences.

As you can see, on the mentoring and directive side, it is about instructing and telling, whereas when we progress into a non-directive and more coaching-focused phase of learning, we see more reflection and raising awareness.

The Differences Between Mentoring and Coaching

Now, the key differences for coaching are:

The Skills Required for Mentoring

For mentoring, whilst qualifications aren’t required, there are lots of skills that are recommended for someone to be an effective mentor. Here are just some of them:

The Skills Required for Coaching

So, there are just a few crucial mentoring and coaching skills. As you’ll notice, there is quite an overlap in some cases and at PushFar we often see some of the most effective mentors being coaches too.

The Key Benefits to Mentoring and Coaching