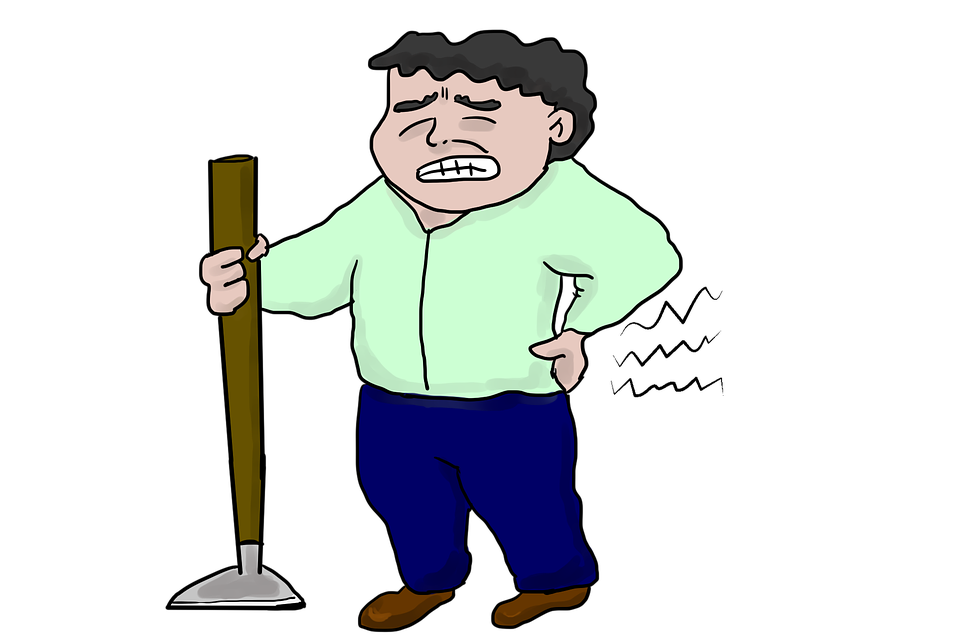 It might sound strange, but if you twist your ankle, and it swells up to the size of a small chihuahua, that’s actually a good thing. Inflammation helps wounds heal, and our body would be pretty screwed without it. Of course, if the swelling never went down, problems would arise. One, it would be ever-so-hard to find knee-high boots. And two, that chronic swelling would damage the tissues around the ankle, causing pain and lack of mobility.

Now, there are different types of inflammation, and in the case of a sprained ankle, chronic inflammation is very rare. But chronic inflammation inside your body may be more common than we thought. When your insides are constantly aflame, it can cause symptoms like digestive issues; rashes; fatigue; and joint, chest, or abdominal pain. Even depression has been linked to inflammatory problems.

But please don’t panic: If you have joint pain or another mild symptom, that doesn’t mean you’re going to get cancer. In fact, inflammation is tricky because it’s not always linked to disease. And to be clear, there is not enough evidence to prove that inflammation has a solid link to cancer. Still, the fact that inflammation keeps showing up to the terrible-illness party means we should take it seriously.

Fortunately, there are a few remedies that can help symptoms of chronic inflammation. Most are available over-the-counter, and if you’re pill-averse, there are even some natural remedies that show real scientific promise.

Is This Burning an Eternal (In)Flame(ation)?

It’s hard to know how long your inflamed organs will stay, uh, aflame—mostly because it’s hard to tell what’s causing the inflammation in the first place. “Chronic inflammation is such a broad topic that it can be difficult to pin down to one or two distinct causes,” says Holly Lucille, ND, RN. “Constant oxidative stress, genetics, and of course, daily physical activity can all be causes of inflammation.”

Inflammation doesn’t always make itself known—and pain is far from the only symptom. “Even though it’s happening every day, you may not notice the effects until they manifest themselves in more visible signs of aging, or as a serious health condition like heart disease, arthritis, or cognitive challenges,” Lucille says.

That all sounds super scary. But again, a little inflammation doesn’t mean you’re going to get cancer with a side of Alzheimer’s. It’s best to pay attention to your body, and if you’re experiencing signs of chronic inflammation, see a doctor. In the meantime, there are a few remedies to treat your symptoms—and hopefully, help ease inflammation before it causes any major problems.

This is not an over-the-counter option. In fact, this is usually prescribed for people with diseases like inflammatory bowel disease, rheumatoid arthritis, asthma, and lupus. For less severe chronic inflammation, steroids usually aren’t the best choice.

Though corticosteroids like prednisone are good at relieving swelling and suppressing inflammation, they can come with unpleasant side effects. With chronic use, you can get brittle bones, reduced immune capacity, high blood sugar, bruising, and behavioral problems.

Another counterintuitive effect: weight gain. Yeah, even though you’re reducing inflammation, steroids can cause swelling in other areas of the body—or just straight up weight gain. Of course, having brittle bones and a higher risk of infection and diabetes is way worse than gaining a little weight, but it doesn’t mean this problem isn’t annoying.

Anyway, this stuff is best used when inflammation is causing pain or a lack of mobility. When I was 16, I had a doctor tell me to take four ibuprofen pills four times a day to fight off cramps, so I’m quite familiar with their bloat reducing, pain-relieving qualities.

Turns out, my doctor’s advice may not be ideal. Though it’s perfectly safe to use NSAIDs on occasion, consistent use can cause intestinal bleeding, according to a study from the American Gastroenterological Association. That doesn’t mean that taking ibuprofen for your cramps is bad, but if you’re taking it every day to stave off inflammation, that could lead to some real problems.

Since the most common anti-inflammatory drugs (NSAIDs, steroids) have bad side effects with persistent use, it’s no wonder that doctors are starting to recommend more holistic treatments. “Eating a diet low in refined carbohydrates and high in fruits and vegetables—as well as avoiding saturated and trans fats—can reduce inflammation,” says Ann Shippy, M.D.

Lucille agrees. “We know that refined sugars, fried foods, alcohol, and many other popular foods are inflammatory,” she says. Yeah, of course, all the best-tasting things are bad. No surprise there. But Lucille says you don’t have to cut out everything at once. “One easy way to address that is by replacing one inflammatory food each week with something more helpful, like fresh fruits or vegetables.”

Shippy also recommends eating a healthy dose of omega-3 fatty acids to ward off inflammation: Omega-3s inhibit the production of prostaglandins—a lipid that triggers the inflammatory response. Foods like walnuts, salmon, chia seeds, and sardines are all good sources of omega-3.

Even if you’re not into a dinner of sardines and seeds, simply adding in leafy greens and removing or reducing fried and refined foods can make a big difference. Though the occasional French fry won’t kill you, keeping fries out of your daily diet will definitely help.

Though it sounds like a distant cousin of Kirk Cameron, curcumin is actually found in the spice turmeric. You may know turmeric from curries or from turning your hands bright yellow whenever you touch it. The spice is easy to find, and there’s growing evidence that it could be a great tool in fighting inflammation.

This spice has been shown to greatly reduce pain in people with rheumatoid arthritis—without any bad side effects. Compiling information from a range of studies, a meta-analysis in the Osteoarthritis and Cartilage Journal found that curcumin has the potential for relieving symptoms of osteoarthritis (though they recommend further scientific study). Curcumin has also been found to be a useful anti-inflammatory agent. Though there aren’t tons of studies on curcumin yet, there’s enough to show it has potential.

Lucille recommends taking a curcumin supplement to get the best results. “The reason that I don’t recommend plain turmeric powder is because it may only contain about two percent curcumin per dose, and curcumin is one of the main compounds in the botanical that stops inflammation.” A supplement, especially one that includes turmeric essential oil for absorption, will give you a higher dose of the active ingredient, she says. Plus, you won’t have to worry about dyeing your teeth bright yellow every time you want to reduce inflammation. Win/win!

Before you get too excited, I’m not telling you to smoke weed to reduce inflammation. Cannabidiol (CBD) is an extract of cannabis that contains no psychoactive properties. In other words, it doesn’t get you high.

Though you won’t feel like reenacting Cheech & Chong sketches, CBD may greatly relieve pain and inflammation. Blake Pearson, M.D., an expert in the field of cannabinoid medicine, says it has changed patients’ lives—he’s seen people get pain relief from CBD when other pharmaceuticals stopped working. In fact, he sees CBD as a potential replacement for NSAIDs, especially for patients with NSAID allergies or sensitivities.

How does it work? “CBD works by modulating the immune system at the cellular level to suppress proinflammatory cytokines and reduce inflammation,” Pearson says. Since cytokines hang around to produce inflammation, blocking them will help calm the flame.

Pearson has seen countless patients thrive with CBD, but there’s more than anecdotal evidence to support this claim—a study published in Neurotherapeutics found that CBD reduces neuroinflammation and pain, and could be used as a treatment for epilepsy.

Sadly, there aren’t many other studies to prove the potential of CBD because of its ties to marijuana. Since marijuana is a Schedule 1 drug (meaning the government says it has no medicinal use and high likelihood of addiction), it’s a real pain in the A to get a clinical study approved.

Thankfully, in December 2017, the World Health Organizationclassified CBD as safe with no likely potential to cause abuse or harm. With that proclamation, there will hopefully be more studies to prove (or disprove) the effects of this very promising drug. In the meantime, there are several studies on CBD in progress, and doctors like Pearson will continue to use it for inflammation and pain.

If you’d like to try CBD, it’s legal in all 50 states. And while it won’t give you dry mouth or the 3 a.m. munchies, it’s always best to consult your doctor before trying any new treatment. Though inflammation now has some scary connotations, don’t worry if you have a symptom or two. If you’re feeling the pain or experiencing significant fatigue, moodiness, rashes, or joint soreness, it’s best to see your doctor and try to soothe inflammation before it gets serious. Or, use inflammation as an excuse to eat more curry. Both are great ideas.