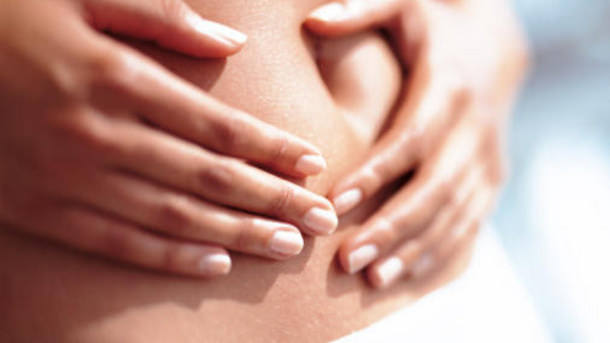 Gut bacteria—the trillions of microorganisms living in your digestive tract—may not be the sexiest subject, but it’s a hot topic in the health world lately. And for good reason: Over the past decade, research has brought to light how your gut microbiome (that’s what science types call it) plays a role in almost every aspect of health, including digestion, immunity, fat storage, and heart health.

Studies suggest a healthy gut may even help clear up skin conditions, such as eczema and acne, and may make you less susceptible to stress, anxiety, and depression—a finding that’s earned the microbiome the nickname “second brain.”

Like most things in life, it’s all about balance: You want the “good” bacteria (like lactobacillus) to outweigh the “bad” bacteria. If this balance is thrown off, it can lead to a compromised immune system, inflammation, more fat storage, and other adverse effects.

Unfortunately, it’s not as easy as simply letting the good bacteria flourish. There’s a lot out of your control that affects your microbiome—such as where you live, where you were raised, and personal lifestyle. But there is one major way to influence your gut health that’s 100-percent in your control: what you eat.

Certainly, there are foods you should be eating (think: yogurt and fermented foods like kimchi or sauerkraut) to boost gut health. But there’s another important piece of the puzzle: Cutting back on particular foods is also crucial to ensure a happy homeostasis for those microscopic bugs. Here are the top three. 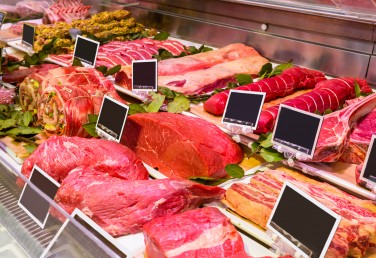 At some point, we’ve all taken a course of antibiotics, which are designed to do pretty much what it sounds like: kill bacteria. But antibiotics don’t discriminate—they go after good and bad bacteria alike. While you shouldn’t refuse the meds your doc prescribes, research shows consuming antibiotics when unnecessary can do serious damage to your gut flora.

If you’re eating meat from livestock that’s been treated with antibiotics, you may be exposed to extra antibiotics without realizing it, studies suggest. While the use of some antimicrobial drugs in livestock to treat diseases is approved by the FDA, concernsarise when they’re used to help animals gain weight or when drugs intended for human consumption are given to animals, which has been linked to antibiotic resistance in humans. These concerns have prompted some of the biggest poultry producers in the U.S., including Perdue and Tyson, to resolve to curtail antibiotic use in their chickens.

The best way to avoid antibiotic-raised meat? Buy organic, says Brooke Alpert, M.S., R.D., a Culturelle spokesperson. It’s pricier than the conventional kind, but you can make it easier on your wallet by going to a local butcher or farmer’s market, or buying in bulk and freezing leftovers for later, Alpert says. “Natural” can also be less pricey and still “antibiotic free,” but not always. Do a little digging, Alpert suggests: “If the labeling says specifically ‘no hormones’ and ‘no antibiotics,’ you’re in the clear.” 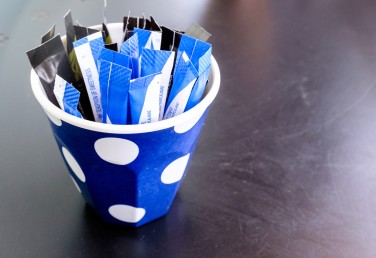 If you thought fake sugar was a miracle sent from heaven to make all things sweeter sans calories, think again, Alpert says. Research suggests that sucralose—the main ingredient in Splenda—can significantly alter the balance of bacteria in the microbiome. In one small study, after consuming artificial sweeteners for just one week, many of the participants began to develop glucose intolerance—the first step on a path to metabolic syndrome, diabetes, and a host of other health issues. “It’s scary that one food additive can have that big of an influence on your gut,” Alpert says.

And there are plenty of ways to sweeten things up without resorting to the fake stuff—here are 30 smart substitutes. Not that we’re not giving you the go-ahead to eat all the real sugar you want: Since bad bacteria feed off sugars, a diet high in real sugars has also been linked to an off-balance microbiome, so you’ll still want to cut back on any kind of sweet stuff, Alpert says. 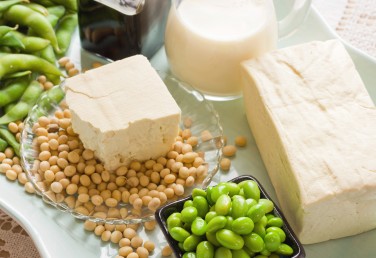 While fermented soy is good for you, it may be wise to cut back on soy products that have been genetically modifieisd (GM)—and if you’re eating them in the U.S., they most likely have been, as 94 percent of soybeans in America are GM. GMO food is a point of contention in the national health conversation, but that’s another story altogether. The point here is that the herbicide used on GMO crops in the U.S. (a.k.a. Roundup) has been shown to kill off many species of beneficial gut bacteria in animals (but not enough evidence conclusively shows the same for humans). While research in this area is still ongoing, there aren’t many good reasons to choose to eat GM soy. It also contains phytic acid, which messes with digestion and has been linked to gastric issues, such as gas and bloating.

If you’ve been chowing down on conventional chicken, Splenda, and soy products on the reg, don’t freak out—it’s not the worst thing you can do for your health. But if you’ve been experiencing symptoms like wacky digestive issues (gas or bloating) or fatigue, these are signs that your gut isn’t as healthy as it could be, Alpert says. Get your bacteria back on track by cutting back on the above items, adding in beneficial foods for your gut, and taking a probiotic supplement.