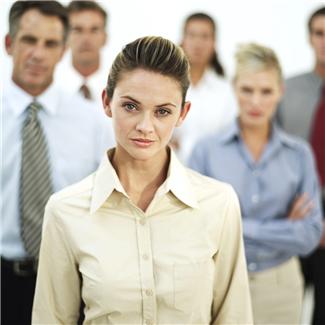 The tech and business worlds aren’t always seen as female-friendly places — just 37 percent of entrepreneurs are women — but female business leaders may actually have a surprising advantage over their male colleagues.

According to recent data from the Gallup-Healthways Well-Being Index, entrepreneurs in the U.S. feel a greater sense of purpose than the average worker (51 percent vs. 44 percent), which contributes to greater fulfillment from their work and lives.

The findings ring true across age, race, and socioeconomic demographics, and also account for factors like martial status, income and weekly hours worked, the researchers found.

“Demographic factors alone don’t account for entrepreneurs’ higher purpose well-being,” a Gallup press release notes. “Rather, there is something else about being an entrepreneur that relates to liking what they do each day and being motivated to achieve their goals.”

According to a recent global ranking from Gender-GEDI, the United States is the best country in the world for female entrepreneurs to prosper, followed by Australia, Sweden and Germany.

To be sure, women face a number of challenges in starting businesses — including work-life balance concerns, fear of failure, and lack of female role models in business — but they still seem to be happier than their male and non-entrepreneurial counterparts. According to the 2013 Global Entrepreneurship Monitor (GEM) U.S. Report, female entrepreneurs who become established business owners ranked their well-being more than twice as high as non-entrepreneurs and non-business owners.