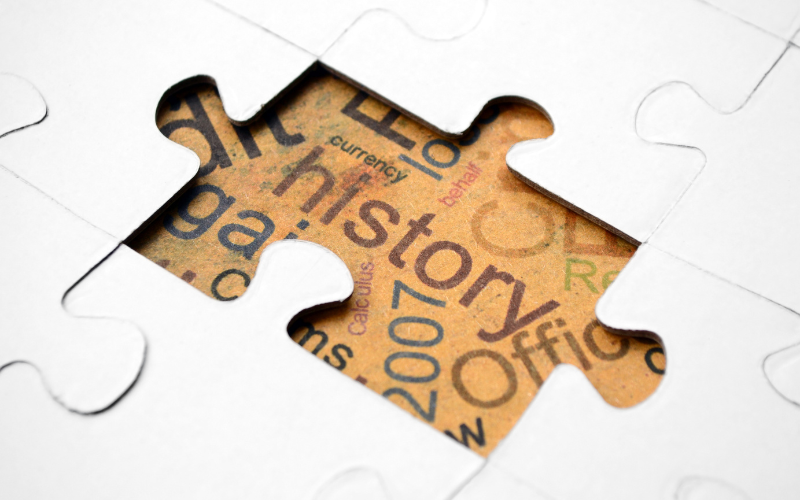 Electronic commerce, or eCommerce, refers to buying and selling products and services on the Internet.

eCommerce can happen in many forms, like ordering goods, purchasing a service, buying a subscription to an information source, or even setting up an online bill-paying schedule.

For most of us, it’s hard to imagine modern life without eCommerce. It would not only be inconvenient but also much more complicated.

Still, as ingrained as eCommerce has become in our lives, it wasn’t that long ago when it didn’t even exist. We can trace the origins of eCommerce back about 40 years when “teleshopping” first appeared as the precursor to the modern version.

Of course, eCommerce, as we know it today, really got its start when retail giant Amazon created one of the first eCommerce websites back in the early 1990s. Since then, countless companies have followed its lead.

When Was Online Shopping Invented?

Companies have been using computer networks to conduct business since as far back as the 1960s, but that version of eCommerce would be almost unrecognizable to us nowadays.

In 1968, ARPA (Advanced Research Projects Agency) commissioned the world’s first routers. Within a year, a network called ARPANET was created to ensure that crucial lines of communication would be maintained in the event of a nuclear attack.

This technology helped take the Internet from military bases and university labs to business offices.

Companies used it to share business documents with one other, relying solely on Electronic Data Interchange (EDI), a digital information transfer technology that could replace mail and fax for sharing documents. This technology made it possible to transfer information from computer to computer seamlessly without the need for human involvement.

1979 also witnessed another first for the Internet Age: the origin of eCommerce.

The Origins of eCommerce

In 1979, English inventor Michael Aldrich introduced and pioneered what would eventually become known as eCommerce by connecting television and telephone lines.

The story goes that Aldrich thought of the idea while on a walk with his wife, bemoaning the inconvenience of making regular trips to the market. Wouldn’t it be so much easier if you could just order what you needed through the TV?

Shortly, thereafter, he invented a system that advertised goods and services on television, giving viewers the ability to call a processing center to place orders. Aldrich called his system “teleshopping.”

Throughout the 80s and into the early 90s, the Internet continued to evolve as new technologies like SSL made it something more and more people were comfortable using.

In 1982, French innovators launched the Minitel, a service that was a precursor to the World Wide Web. This service was free for telephone subscribers and used a Videotex terminal and telephone lines to connect millions of people. The Minitel expanded, and by 1999, more than 9 million terminals connected about 25 million people.

However, the World Wide web soon caught up. Debuting to the public in 1991, its rapid rise quickly eclipsed the Minitel. In 2012, France Telecom officially discontinued the Minitel service.

Technically, the first eCommerce company was Boston Computer Exchange, which launched way back in 1982. It was primarily an online market that served people who wanted to sell their used computers.

With the arrival of the Internet, another, more familiar kind of store debuted. Book Stacks Unlimited, which opened its virtual doors in 1992, was an online bookstore that actually predated a company that would quickly become synonymous with the term by two whole years: Amazon. Eventually, Book Stacks Unlimited was acquired by Barnes & Noble.

In 1990, Tim Berners-Lee and Robert Cailliau published a proposal to build a hypertext browser called “WorldWideWeb.”

On August 6, 1991, Berners-Lee made history yet again when he debuted the first website, ushering in the World Wide Web as a publicly-available service.

The National Science Foundation relaxed restrictions governing the commercial use of the Internet a short time later, which paved the way for online shopping.

In 1995, the National Science Foundation started charging user fees for the registration of domain names. In just three years, registered domain names jumped from 120,000 to more than 2 million.

Many concerns around the security of online shopping persisted, but the development of Secure Socket Layers (SSL) technology made it possible to send data over the Internet safely.

Browsers identified authenticated SSL certificates on websites, indicating whether websites were safe and trustworthy. The SSL encryption protocol continues to be a prominent feature of Web security.

After the formative years of the Internet, advancements began to take hold that increased its commercial use.

As we’ve covered, Amazon launched in 1995, initially as an online bookstore. During that time, large brick-and-mortar bookstores could only be expected to carry about 200,000 books –at most.

However, as an online store, Amazon had no such limitations. It could carry countless titles, from best sellers to obscure texts.

Since its founding, Amazon has expanded to the point that it now offers virtually every type of product imaginable – including eBooks and movies. Amazon also pioneered the sharing of user reviews, an idea that was originally considered eCommerce suicide.

Of course, the exact opposite happened. By letting customers share their feedback, Amazon became one of the most powerful companies in the world seemingly overnight.

In 2005, Etsy launched as a global marketplace where people could create shops to sell their unique and often handmade items.

During that same year, Amazon launched Amazon Prime, a service that offered members free two-day shipping within the continental United States. This program set a standard in eCommerce, forcing other merchants to decrease shipping time and charges.

PayPal launched in 1998 as a global eCommerce company that offered payment processing for online vendors and other commercial users. PayPal customers can hold, send, and receive funds in many different currencies.

In 2004, the Payment Card Industry Security Standards Council was created to make sure that businesses comply with security requirements. This organization develops and implements security standards for account data protection.

As mobile computing began to develop and grow, Amazon launched its first mobile website in 2001, starting the mobile eCommerce race. Because more people were using their mobile devices to access eCommerce websites, the push to make mobile sales possible was strong. Consumers today use mobile devices not only for purchases but also for product research, finding coupons, and engaging via social media.

eCommerce Timeline: from the Beginning to Modern Day

Here is a condensed version of the most important milestones throughout eCommerce’s history:

As you can see from this timeline, eCommerce is progressing at a rapid rate. The next 10 years maybe even more dynamic than the last 40.

ECommerce and consumer trends will continue to evolve as technology expands and changes. The Census Bureau estimated that U.S. retail eCommerce sales for the fourth quarter of 2019 were $158.0 billion, an increase of 2.6% from the third quarter.

Expect that trend to continue for years to come.

One example of technology dramatically shaping the future of eCommerce is advancements in different screen types. Soon, consumers will interact with eCommerce touchpoints via wearables, kiosks, and improved voice interactions.

eCommerce personalization will continue to push the field, too. We’re already at the point where sites can “remember” customers and tailor their eCommerce experiences accordingly. This doesn’t just improve conversions and customer satisfaction. It also produces game-changing data that companies can use to craft even better experiences for their website’s visitors.

How to Compete and Thrive in the Modern Marketplace

As successful as Amazon is, there’s no reason your company can’t compete and even thrive alongside this retail giant.

Much smaller, independent merchants can often connect with consumers in ways that a behemoth like Amazon can’t match. These companies can also work to create a memorable brand experience, which helps gain customer loyalty.

While the Amazon Effect is often seen as a negative for retailers, many have adapted by adopting which practices they can and offering the aforementioned brand experiences Amazon can’t.

Figuring out what shoppers want next is a constant challenge for retailers of all stripes, but online merchants must also continually find advantages over brick-and-mortar stores.

For example, new advances in product visualizers can enable online retailers to show products in various situations before purchase.

It’s also crucial to keep your website fine-tuned so that it loads quickly, or you risk losing visitors. And, since many shoppers browse the Internet to read reviews before buying an item, it’s important to monitor social media, answering questions and responding to comments in order to maintain a good reputation.

Learning from the History of eCommerce

If there’s one takeaway from the origins and history of eCommerce, it should be that the industry is constantly changing. New innovations are always just around the corner, which means your company must constantly adapt to stay ahead.

Fortunately, countless online businesses have proven this can be done.

First, always put your customer first. The very origins of eCommerce are rooted in a desire to give customers more of what they wanted: convenience, selection, and savings. No matter what Google does to its algorithm or which devices become the next user favorite, if you put your customers first, you’ll be set up for success.

Second, stay flexible. If you let success lead to complacency, you won’t be successful for long. Always look for new ways to keep your customers happy and they’ll be sure to repay your efforts.

The future of eCommerce looks to be just as exciting as its past. If you keep these two rules in mind, you’ll have plenty to be excited about, too.