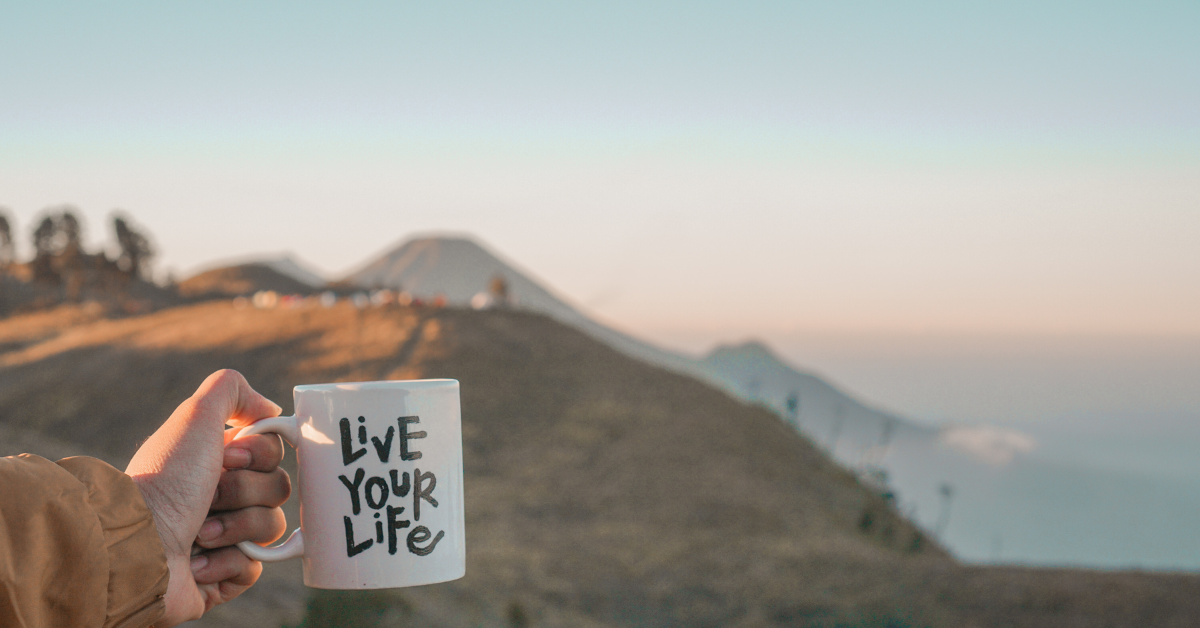 It would be fair to say that I was born to live on my own terms.

That seems to be the major lesson in this incarnation. I can’t remember a time when I was not highly evaluatory, an odd sort of child who at a very young age could spot hypocrisy (“They say I shouldn’t yell at my sister. They yell at me when they say this. Why is it okay for them to yell, but not me?”). I remember noticing how often adults said one thing, yet did another. I especially noticed how adults didn’t like it when I was honest.

Thankfully, there is some way in which no one ever managed to break my spirit. Adults could make me do what they wanted me to do, but they could never make me agree. I was the one in charge of that, and I always knew it.

Freedom. Liberation. Spaciousness. These are all words to describe “life lived on your own terms,” and in my case, they’ve been the backbone of every good decision I’ve ever made.

My soul made it clear: I needed to do this go-around on my own terms. Perhaps that’s you, too.

But make no mistake–living on your terms is not without “costs,” in a world where there are the consequences of judgment from others. For some people, even reading the line “I had to do it my way” will make them seethe, wondering who the hell I think I am and conjuring up all manner of Stories that I must be a selfish person who thinks only of myself.

But here’s what I know about “doing it my way”–offered for those who would also like to “do it their way”:

1.) Doing it “my way” includes space for collaboration and cooperation. That is “my way.” It’s probably “your way,” too. It’s the way that brings a lot of love into my life. Most people–especially people who want you to do it “their way” and who are upset when you won’t–will misunderstand this.

In such cases–because they are invested in their Story–they won’t see all the ways that you ARE about promoting collaboration and cooperation. Any evidence that contradicts their Story will get ignored. It’s largely unintentional. People can’t see what they can’t see.
Note: This “invested in their Story” bit? Really important. Keep reading.

2.) Some people will have their own definition of “cooperate”: “Cooperative = doing things the way I want you to. Anything else means that you’re selfish.”

It’s an unfortunate misunderstanding for those of us who “do it our way,” because at the times when we don’t “cooperate,” selfishness (in the conventional sense of the word) is not the motivation.

What’s really happened is that I’ve given it thought and determined that to collaborate or “cooperate,” is really just not in alignment with my values or for my vision for a particular situation.

It’s never personal–but some people will take it that way, because they have invested themselves in a Story.

Especially at first, this is painful to experience.

3.) But–another thing I’ve learned–being disliked or called selfish will not be the worst thing in the world.

You will actually survive, and eventually come to see that people don’t dislike YOU, they dislike experiencing the Story they tell themselves about you.

You will probably go through a period where you require a lot of second-guessing, because you’re a smart enough cookie to know that sometimes, you do behave selfishly–just like everyone else does, at times.

The second-guessing will be about determining those times when “selfish” is your truth to reckon with and make amends over, and the times when it’s someone else’s accusation, designed to manipulate your behavior to their liking.

This is okay. This time of second-guessing will feel awkward, but you will become increasingly familiar with what is yours, and what is not yours, and that will be powerful.

4.) If you “live on your own terms” long enough, you will start to see themes emerge with the people you interact with. The themes will have some consistency to them, regardless of content.

Here’s an example of how these themes would play out, using the instance of someone feeling that you might have been “selfish.”

The people who are not invested in their Stories about you will, if they have a judgment that you are Selfish, ask questions to clear up their own miscommunications, take ownership of their judgments rather than making it your responsibility to change/fix their feelings, and make requests that are aimed at connection that works for everyone.

The people who are invested in keeping their Stories are going to continue to run those Stories even when presented with evidence to the contrary, to use them against you, and they will not ask questions to clear up their own misunderstandings.

The people who are invested in their Stories get on the phone or arrive at the coffee shop with a distant energy that lets you know that you have already fucked it up in their mind. They’re trying to manipulate you into seeing them as the injured party, and you into being “sorry.”

This manipulation actually has nothing to do with you. It’s their wound. It’s what they think they need, to be okay.

5.) If you “live on your own terms,” you’ll need to learn a sort of internal, ninja jujitsu with such people, because the answer is actually *not* to write them off just because they are practicing unkindness.

The second you think that the answer is to tell them to fuck off, you’re joining them where they’re at. You’re investing in your own Story, and that Story will imprison you, even as you look to live “on your own terms.”

Freedom can be caged in many ways, and the most pernicious cages are those that we put ourselves in. Retaliatory disconnection is such a cage.

The ninja jujitsu is to simply pour on the love–without trying to fix them. Take responsibility for them. Be different for them.

Just keep pouring on the love. Do your best.

You’ll eat the food you don’t like. You’ll go along with the family plans, when you really feel like staying home with a book. You’ll burn the midnight oil to meet a deadline and wake up the next day, and do it all again. These wouldn’t be your first preferences.

–you’ll be doing this from a place of conscious choosing, not from obligation. You’ll do it knowing that resentment will come up, and with a willingness to deal with it as it arises, and release it, because you’ve chosen–and chosen consciously.

This is really what “living on your own terms” boils down to.

It’s not about always doing what you want.

It’s not about never doing what anyone else wants.

It’s not about rebellion or bucking a trend.

It’s not about being a loner who isolates because the only other (perceived) option is to bow to the needs of others.

Living on your “own terms” is really about consciously choosing your terms, rather than accepting terms by default, or just doing what other people want so that you won’t rock the boat (note: that’s just manipulation).

It’s about consciously seeing the times when “terms” are helpful, and the times when they are not and it’s time to say, “No terms for me. Sorry. Gotta go renegade on this one.”

Yes–there are consequences. Some people are going to have none of it, and you might be sitting there, thinking that this is not an acceptable trade-off. You might be incredibly fearful that you will lose people you love.

But I have this hunch that if you muster up more love than you can imagine, and you’re ferocious and fierce about that love, and unwilling to get sucked into anyone else’s drama as you stay true to your own internal compass, something really lovely actually is possible.

They don’t need to see it.

Only you do; your love will carry you both, it its own strange and mysterious way.

That choice? To love anyway and to align with your own values? That’s the best way of “living on my own terms” that I know.