The concept that carbs are evil can be put to bed with one statement:

All vegetables and fruits are carbohydrates.

So it should come as no surprise that any diet attempting to completely purge carbohydrates—or anyone suggesting all carbs are evil—needs to take a step back, cut out the dogma, and take a hard look at reality and personal preference.

Few popular diets ever suggest you eat more carbs. Why is it they get such a bad reputation? There’s a huge gap between understanding foods that have healthy qualities (think micronutrients like vitamins and minerals) and foods that play a part in weight loss. While foods are digested differently, almost any food can be part of a weight-loss plan.

It’s why we’ve seen esteemed scientists eat a diet primarily of Twinkies to prove how dropping pounds can be turned into a mathematical equation.

That’s not an invitation to begin an all-snack-food diet. Instead, it’s context to finding the balance between eating foods you enjoy—like rice or potatoes—instead of having to follow a bland, frustrating diet that you inevitably abandon out of frustration and extreme hangriness. [Hangry (noun): that feeling of hungry that drives you to extreme levels of anger and/or becoming whiny.]

So let’s stop with the nonsense. Not all carbs are bad. At the same time, certain types of carbs can make it harder for you to look and feel the way you want, especially when you factor in your exercise behaviors. 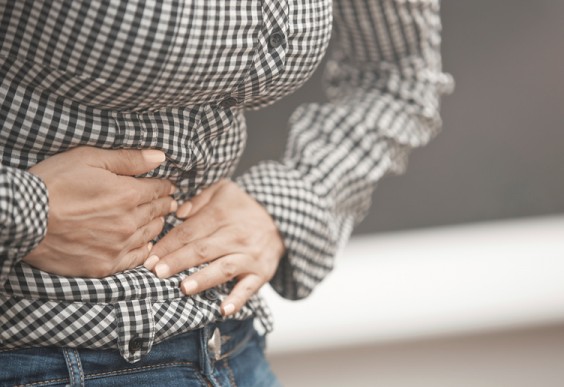 The biggest carbohydrate threat is to those with the “my body hates carbs” gene. These people appear allergic to carbs because, well, they are. Gluten sensitivity, food allergies, and inflammation make foods such as grains and bread a common enemy.

Even if you don’t suffer from any of those problems, you might find that when you eat more carbs, you feel bloated and fat—especially when those carbs come from sugar, candy, or lots of processed crap. (Think of foods that are manufactured and don’t have the best nutritional profile… instant mac and cheese, anyone?)

At the same time, the overreaction to carbs is oftentimes a by-product of a poorly designed diet.

Here’s what happens to most dieters:
Step 1: They “determine” carbs are bad.
Step 2: They remove all carbs.
Step 3: Weight loss occurs within the first one-to-two weeks. Sometimes quite a bit. But fat loss is not a rapid process. (Although it can be for people with lots to lose, like 50 to 100 pounds.) So what’s happening? Your body is dropping water weight because carbs hold water (but not necessarily in a bad way).
Step 4: Hunger and frustration builds, focus drops, and energy levels suffer. Eventually, you return to eating carbs after a period (usually about two weeks) of withdrawal. What happens? You might feel bloated, sick, and even see the scale dramatically shift.

The process plays out repeatedly, so let’s pump the breaks and solve the carb-sensitivity issue. When you reintroduce carbs after a no-carb period, many things happen in your body. At the most basic level, you’re replenishing your depleted carb stores and gaining back the water weight. The end result is thinking, “See, carbs are bad!” Which inevitably begins an ongoing struggle of figuring out what you can eat without being miserable.

What does it all mean? A dogmatic, black-and-white approach to carbs is hurting your understanding of what you can and can’t eat.

How many carbs you can eat and what you can tolerate is based on your body. It’s not a sexy answer, but it’s the truth.

You can’t assume that high-carb diets are bad just as you can’t assume that high-protein or high-fat diets are bad. Different types of diets work for different types of people. Part of it is how your body responds and another aspect is less physiological and more psychological. The physiological nature is oftentimes controlled by insulin, which, at the most basic level, is a storage hormone.

In general, the less body fat you carry, the better your insulin sensitivity, which means you can eat more carbs. (Your body doesn’t react as aggressively to larger amounts of carbohydrates, often viewed as surging blood sugar.) While insulin is important for weight loss and overall health, it’s not a black-and-white situation.

If you are more insulin resistant, it doesn’t mean you can’t lose weight, but it does have a big impact on the type of diet you should follow. If you’re more insulin sensitive (typically lower body fat), your body will respond better to a higher-carbohydrate diet. If you’re less sensitive (more resistant), then it can often feel like more carbs will go straight to your gut or your as*. And most of the time, it’s not just in your head.

Unfortunately, determining insulin levels isn’t an easy process and requires blood work, but you can see how your body reacts to higher-carb meals. The simplest test (although far from perfect) is consuming carbs in a post-workout period. Do you feel great or do you feel miserable and more bloated? If it’s the latter, either your insulin sensitivity isn’t great or you just ate too much.

A more balanced (and successful) approach is to select a diet and then measure fat loss every two-to-four weeks (but not more frequently). Remember: Fat loss isn’t magic. If you think your insulin sensitivity is good, then you can start with about 50 percent of your diet from carbohydrates. If you’re not confident and worried you’re resistant—or know you have a lot of weight to lose—begin with about 20 to 30 percent of your calories from carbs.

The Paleo diet works for many people, but it’s not magic. Rather, removing carbs often means you’re eating fewer calories per day and focusing on a diet that consists of animal proteins, vegetables, and fruits. That’s definitely a recipe for success but not what is required to drop pounds. Not to mention, if you eat unlimited amounts of anything (even if it’s natural), you will gain weight.

The bigger issue with a no-carb approach is if it doesn’t consider the foods you love. Removing certain foods is one way to structure an eating plan. But if complete withdrawal pushes aggressively against personal preference, you’re setting yourself up for failure. Research has even shown that having dessert can help with weight loss. Case in point: Put a pasta lover on a Paleo diet and prepare for pain.

We want a flashy one-size-fits-all solution, but I’ve seen enough different diets work for different types of people to know that a broad generalization is not the solution. It’s actually the foundation of the problem. So we need to stop with the scare tactics and suggestions that might create imbalanced diets and do more harm than good.

How Do You Know Carbs Aren’t Really Bad?

There are many things in life we can’t explain with science. Or many things that science has yet to prove. (Or may never prove due to lack of funding, lack of interest, or just crappy studies. Hey, it happens.

However, when science does uncover some truths, it’s important they’re not ignored. In the case of carbs, insisting that “all carbs are bad” isn’t a fair conclusion that can be applied to everyone. (Side note: If you’re trying to build muscle, removing all carbs is potentially going to make the process harder too.)

“The idea that carbs are the enemy is a common appeal to emotion and popular folklore, rather than the full range of scientific evidence,” says Alan Aragon, M.S., a nutritionist in Westlake Village, CA.

The best example is this meta-analysis that compared the effects of low-carbohydrate diets and low-fat diets. Here’s what the researchers found:

This overall lack of differential effects led the authors to conclude that both low-carb and low-fat diets are viable options for reducing weight and improving metabolic risk factors, Aragon says. One of the strengths of this analysis was its large sample size: It included 23 trials from multiple countries and a total of 2,788 participants. Meaning this isn’t one small snippet of truth.

What’s more, the cuisines of some of the healthiest populations in the world consist of diets that have heavy carbohydrate components. The best examples are the Blue Zones, known as “longevity hotspots that have the longest life expectancies and the lowest rates of chronic and degenerative diseases,” Aragon says. The main energy sources for all of these Blue Zones are carbohydrates. Need more evidence? The top 10 countries in the world with the lowest obesity rates all consume a carb-dominant diet.

So where does that leave you? Are you supposed to assume that a high-carb diet only makes Americans fat? No, but we can use that to better understand and guide our eating habits.

Let’s face it: We can’t discount that low-carb diets have been found to be a very healthy way of eating. There’s plenty of research that indicates lower-carb diets do everything from helping with weight loss to building bodies designed to fight off disease. In fact, unless trying to build muscle, I typically follow a lower-carb approach. (Notice I said “lower-carb” instead of “no-carb,” because lower can mean 100 to 200 grams per day.) The more important message—and the one that will influence how you eat—is developing an understanding that while carbs are not all bad, they’re not all good either.

A Practical Approach to Eating Carbs

“Saying carbs are OK does not mean you should shovel in bucket-loads of refined flour foods and chase them down with gallons of soda,” Aragon says. Instead, be smart about where the majority of your carbs come from. It’s always best to create a diet that’s filled with whole and minimally refined foods. Eat more healthy foods (proteins, vegetables, fruits) and less of the stuff you know tastes good but has limited nutritional value (candy, soda, sugar-loaded foods, and boatloads of pasta).

Finding the right diet for you can take some work, but it’s important to remember that it can include carbs. A healthy diet can even include some of the carbs you might not consider healthy—whether bread, grains, and rice, or some sugary dessert every now and then.

The main point is to make the majority of your diet, say 80 to 90 percent, come from the good stuff, and keep the minority to the bad. (Or avoid it altogether, if that’s your preference or you know that a small taste might open the gateways to a binging episode.)

Some people will thrive on more carbs, while others will suffer. Your best bet is to play around with food options that are both healthy and work for you. This is the “sustainability diet,” and while it’s not really a diet (or all that exciting), it is the best approach to dietary success.

Take it from one of the best nutritionists in the world: “Your carb intake should be individualized according to your personal preference, tolerance, and athletic and aesthetic goals,” Aragon says. Experiment and be patient. Find the right balance for your body and let that become the truth when it comes to your dietary stance on carbs and the message we need to spread.