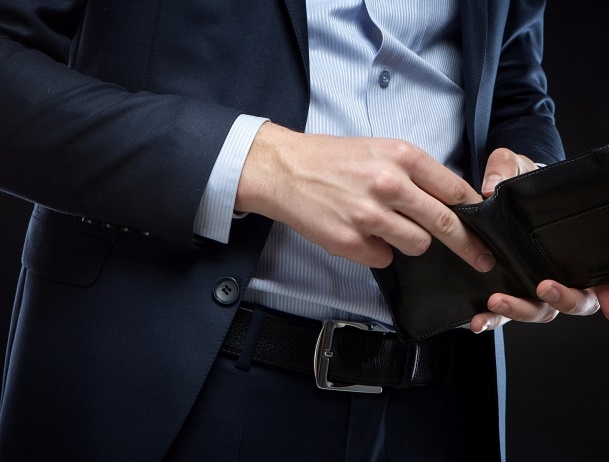 Two hundred and fifty million people in the wealthiest country on the planet are barely making it. I am not talking about the people on food stamps or unemployment, I am talking about people making an average of $48,000 to $68,000 annually. Consider that almost 75 percent of all Americans are living paycheck to paycheck.

In 2013, a person making $63,000 (before taxes) spent an average of $49,000 to $51,000 on housing, transportation, food, insurance, entertainment, childcare, health care and other expenditures. Take 20 percent out of that formula for taxes and you have no money left over for savings or investments.

Most Americans live within 25 miles of their mothers. If you want to make real money, it’s time to disconnect from mommy and all things familiar. It is time to move away and go where there is opportunity. You aren’t saving money by still living at your parent’s house — you are missing opportunities. My life didn’t change until I moved away from my hometown at the age of 29.

Most people are economically illiterate. People are going to college and don’t even understand basic economic terms. Economy is defined as household management or management of resources. Manage means to be in charge and succeed in surviving, especially against heavy odds. To manage your own economy means you have to create money by playing offense in the marketplace.

Spending all of your time trying to budget money is a way to guarantee you never have money. Your daddy told you, “A penny saved is a penny earned,” wrong, it’s just a penny. Having a budget blockhead mindset means you are playing defense, not offense.

People have become apathetic regarding their finances and quit looking at it. You can’t have money if you don’t pay attention to it. Admit to where you are financially and start paying attention to your money. Acting like there is no problem doesn’t make the problem go away, it makes it worse. My wife and I meet to discuss the topic of money every week regardless of our financial situation.

The unwillingness to do the jobs no one else wants is why people don’t have money. The entitlement problem is not just for the lower economic level, but hits all the way to the top.  Everyone wants to be the director, CEO, the manager, the writer — well, guess what? Someone has to do the selling.

I work 95 hours a week and most people complain about nine-to-five schedules. If you aren’t working and thinking about how to get ahead before during and after work, you aren’t getting ahead. I have never known anyone that was financially successful that wasn’t all in all the time.

If your money situation sucks you must admit it. The first step to any makeover or recovery is to admit you have a problem and the second step is to quit blaming others, depending on others to fix it and trying to make sense of it. Confront where you are, put your attention on income, not saving, be willing to do whatever job for however long to fix your situation and make it your duty, obligation and responsibility to get your financial life in order.

Money isn’t the most important thing. It won’t make you happy. But neither of those truths makes it OK for you to not have money to take care of your family and create the life you want.