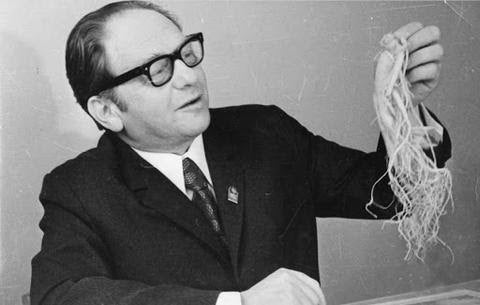 It was 1960 when Russian scientist, Dr. Israel Brekhman, first had his work published in scientific literature. This first publication was a culmination of 15 years of previous research on adaptogens—a topic Brekhman dedicated the rest of his life. His continued research on adaptogens led to hundreds more publications and the discovery of the many health benefits of these protective agents. Brekhman was not only a world-renowned scientist and researcher, but also a medical doctor, teacher, and philosopher. Known as the “Father of Adaptogens,” he’s credited with introducing to the world formulas of adaptogens that promote health by helping people cope with everyday stress, maintain high levels of energy, and free the body from fatigue.

In a society plagued by chronic stress, a targeted solution to prime and protect the body from its harmful effects is necessary. Deemed “nature’s answer to stress,” Isagenix Ionix Supreme contains adaptogen compounds that work in the body by increasing its ability to adapt to stress while also improving physical and mental functioning under stressful conditions (1-2).

More specifically, and in one of his many research papers, Brekhman and his colleagues defined adaptogens as natural plant substances that:

While all adaptogens are restorative to the body’s stress response and capacity to perform, certain combinations were studied by Brekhman for the exclusive purpose of boosting performance and fighting fatigue. With that purpose in mind, Isagenix has formulated the new e+ Natural Energy Shot with Brekhman’s own adaptogen formula coupled with naturally sourced caffeine—talk about the perfect pairing for energy and performance!

The research behind Eleuthero has shown it to improve endurance exercise, oxygen uptake, and overall performance in athletes. One study published in 2010 echoed just that–college-aged male tennis players who supplemented with eleuthero for eight weeks had significantly enhanced endurance time and elevated cardiovascular functions (3).

Another adaptogen in e+, Rhodiola (full name: Rhodiola Rosea)—native to the arctic and mountainous regions throughout Europe, Asia, and America—also has scientific research behind it alluding to athletic improvement. A 2012 study conducted on cyclists found an improved heart rate response to exercise and a decreased perception of effort in subjects who took Rhodiola one hour before exercise (4).

The adaptogens in e+ not only can help power a workout but can also help you resist stress to stay mentally sharp after a hard day’s (or night’s) work. Rhodiola, for instance, has been found to reduce general and mental fatigue in doctors working night shifts (4).

One of the most recent reviews of adaptogens, published in October 2012, gives cause to always have e+ on hand when a pick-me-up is needed.  According to the review, adaptogens “induce increased attention and endurance in situations of decreased performance caused by fatigue and/or sensation of weakness” (5).

The bottom line is that adaptogens are plant substances that help the body to better handle external and internal stressors, they enhance the body’s ability to perform physically, and increase energy and mental alertness. Israel Brekhman spent his lifetime and career studying adaptogens and how we can use them to prime and protect the body. With e+, Isagenix is taking some of Brekhman’s best work and giving people the tool to take themselves and their health to the next level.