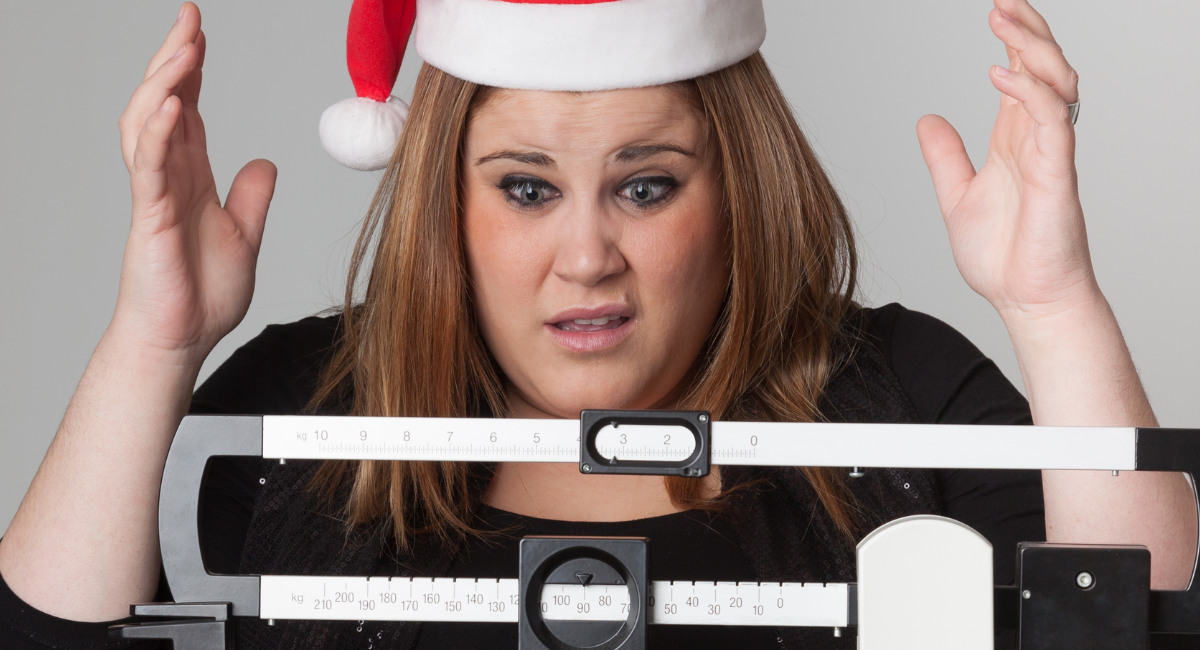 Experts say portion control is key when the temptations are endless.

It’s that time of year when extra calories lurk around every corner — frosted cookies at the office, eggnog at your neighbor’s, jelly doughnuts for Hanukkah or chocolates in your stocking. All these extras add up, and if you’re like most Americans, you’ll put on a pound or two by New Year’s Day.So what’s the harm in a little holiday weight gain, especially if it’s just a pound? According to researchers at the National Institutes of Health, most Americans never lose the weight they gain during the winter holidays. The pounds add up year after year, making holiday weight gain an important factor in adult obesity.But you don’t have to fall into this trap. It is possible to enjoy holiday goodies without putting on a single pound. “Portion control is the key,” says Susan Finn, PhD, RD. Finn serves as chairwoman of the American Council for Fitness and Nutrition. “I don’t believe you can’t eat food that you like — even indulgences — but it is the amount you eat,” she tells WebMD.Of course, it’s not easy to go on portion patrol when the temptations are endless. That’s why WebMD compiled these tips to help you avoid overindulging.

New York psychologist Carol Goldberg, PhD, says planning ahead can help you maintain discipline in the face of temptation. “Don’t go to a party when you’re starving,” she warns. Try to have a nutritious snack beforehand. If you do arrive hungry, drink some water to fill up before filling your plate.

Many people forget that there’s more to a holiday party than food, Goldberg tells WebMD. “Don’t look at the party as just a food event,” she says. “Enjoy your friends’ company or dancing. Focus on something other than food.”

Finn agrees. She says chatting is a great diversion, whether you’re at a small family dinner or a large party. “Take your mind off of food and focus on the conversation.”

Have you ever tried telling yourself you’ll only eat during the first half hour of a party? Goldberg says this strategy is a mistake. “If you cram in as much as you can in half an hour, you chew faster. Chewing more slowly will fill you up with less food.”

To munch at a leisurely pace, Finn recommends putting your fork down between every bite. “This puts you in control.”

When there are canaps, it’s easy to lose count of how many you eat. Keep track by stashing a toothpick in your pocket for each one. Set a limit and stick to it.

When dinner is served buffet-style, use the smallest plate available and don’t stack your food; limit your helpings to a single story. “Go for the simplest foods on the buffet,” Finn says. “Fresh fruits and vegetables and shrimp cocktail are good choices. Watch out for sauces and dips.”

Avoid drinking too much alcohol at holiday parties. “It’s not just about calories but about control,” Finn explains. “If you drink a lot you, won’t have as much control over what you eat.”

If you feel out of place without a drink, Goldberg suggests sipping water or club soda, “so you have something to carry like everyone else.”

7. Be Choosy About Sweets

When it comes to dessert, be very selective. “Limit your indulgences to small portions and only what is very sensual to you,” Goldberg says. Her personal rule on sweets: “If it’s going to have calories, it has to be chocolate.”

What about sampling several desserts, if you only take a tiny bite of each one? “You have to know yourself,” Goldberg says. “Some people can eat one bite of something and stop. I don’t think most people can do that. “If you know you’re the type who can’t stop at one bite, you’re better off taking a small portion of a single dessert than piling your plate with several treats you plan to “try.”

8. Bring Your Own Treats

Whether you’re going to a friend’s party or an office potluck, consider bringing a low-calorie treat that you know you’ll enjoy. Bringing your own dessert will make the more fattening alternatives less tempting.

And don’t feel your dessert has to be typical holiday fare. “Get away from rigid thinking about what holiday food has to be,” Goldberg says. “People love fruit.”

If you do a lot of cooking during the holidays, crack down on all those “tastes.” “People lose their appetites when they’ve been cooking because they’ve been eating the whole time,” Finn tells WebMD. Instead of tasting mindlessly every few minutes, limit yourself to two small bites of each item pre- and post-seasoning. “Just put the spoon in and taste a little bit,” Finn says. “It’s not grounds for a big scoop.”

For tried-and-true recipes, dare yourself not to taste the dish at all until it is served.

Make a new holiday tradition: the family walk. Besides burning some extra calories, this will get everyone away from food for a while.

“Get people off the couch and move,” Finn says. “Go out for a walk as a family before or after the meal.” She says walking not only benefits you physically but also puts you in a mindset to be more careful about what you eat. “There’s something about activity that puts you in control.”